Aerial Surveys of Manatees: A Summary and Progress Report

Aerial surveys are used to document the distribution and relative abundance of Florida manatees (Trichechus manatus latirostris) and to assess population trends. Recent research included aerial surveys by various agencies to determine the distributions of manatees in 10 areas of Florida. In most of these studies, twice-monthly flights were made for at least 2 years. Surveys of distributions have now been made in all areas of the state that are extensively used by manatees. The resulting data have been used for the protection of manatees. Various groups conducted counts of manatees at aggregation sites in winter at selected power plants and at the Crystal River and Blue Spring. These counts have been used to assess population-size trends. Based on mandates by the state legislature, a 2-day, synoptic aerial survey was made to obtain a single annual high count by maximizing survey effort under optimal conditions. These surveys followed two major cold fronts each winter in 1991 and 1992. On 17-18 January 1992, a high count of 1,856 manatees was made (907 on the eastern coast, 949 on the western coast, 8.7% calves). Although not statistical estimates, these counts provide new information about the minimum size of the population. The higher synoptic-survey counts are not proof of an increase of the population through time but are consistent with increases in long-term counts in some areas of the state, including aerial counts at the Crystal River, ground counts at Blue Spring, and counts of aggregations at power plants adjusted for temperature co variates. Current research on aerial surveys is focused on new techniques to improve estimates of population size and trend. 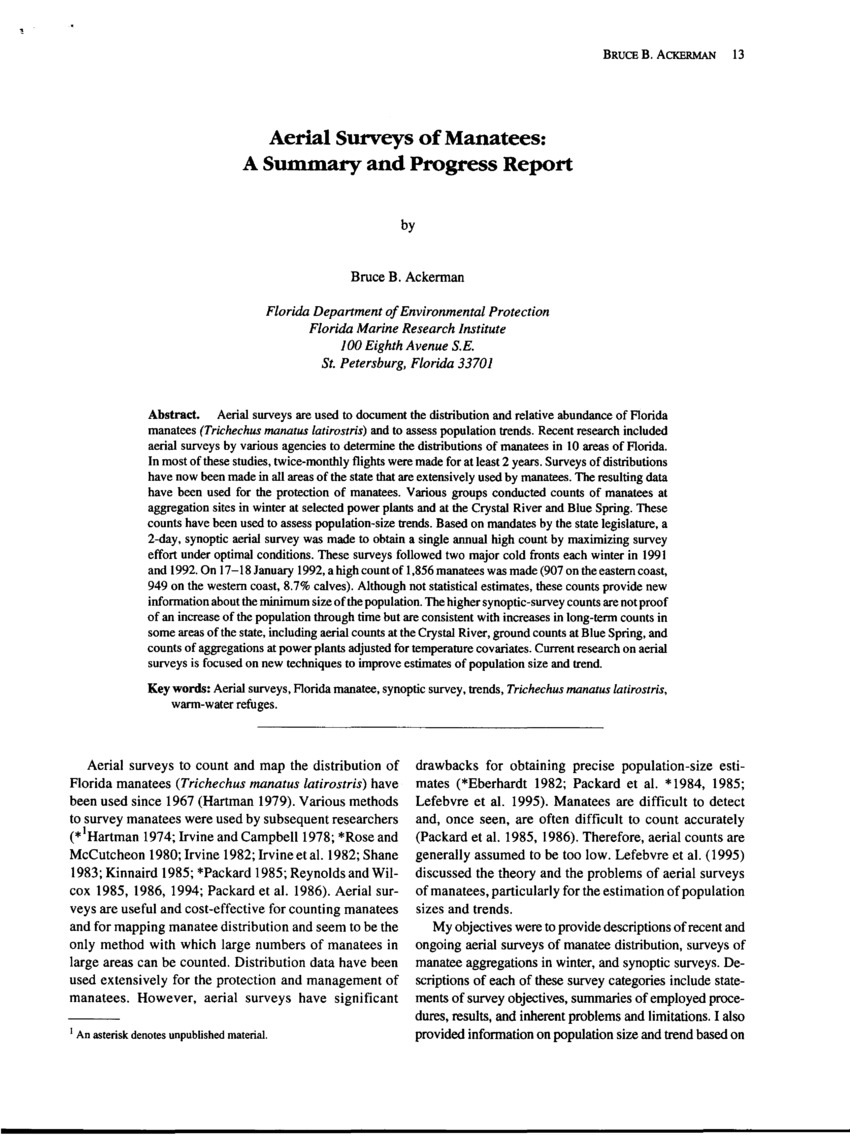