When the Spaniard Hernando de Soto moved north through the middle of northern peninsular Florida in 1539, he encountered Timucua-speakers. When the Frenchman Jean Ribault waded ashore along the Atlantic coast near Jacksonville in 1562, he too met with Timucua-speakers. Europeans would soon find out that Timucua-speakers covered a broad area, in fact, some 19,000 square miles of northern peninsular Florida and southern Georgia. They also learned first-hand that the Timucua were splintered into chiefdoms actively engaged in mutually hostile rivalries and peaceful alliances. The earliest European chroniclers, however, offerd no single name for the various Timucua-speakers they encountered. And it is unclear if such an all-encompassing name even existed among the natives of Florida. 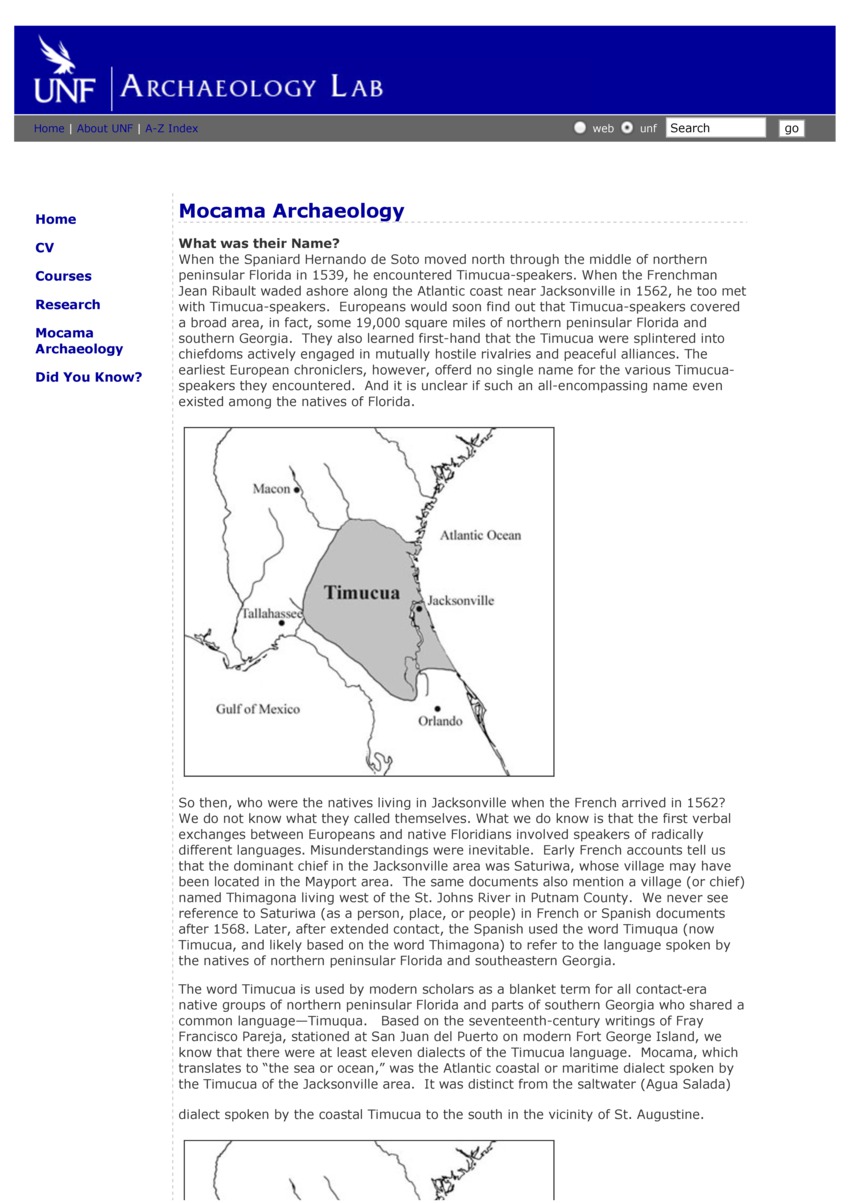