Since the review by Brewer (1975) on minor elements in sea-water (i.e. those existing at concentrations less than 1 mg kg-1, but excluding nutrients, dissolved gases and the radioactive elements), there has been a quantum leap in our knowledge of the oceanic distributions of trace elements. With the data base available at that time Brewer could draw few definitive conclusions about the distributions or the oceanic chemistries of individual trace elements. Since 1975, however, sea-water concentrations of many trace elements have been shown to be factors of 10-1000 lower than those previously accepted. Vertical profiles have been found to be consistent with known biological, physical and/or geochemical processes operating within the ocean. Much of the previous literature has been rendered obsolete by the determination of such 'oceanographically consistent' profiles for many trace elements. In many cases the chemical form or speciation of the elements has also been elucidated. The purpose of this chapter is to review this recent literature in order to update Brewer's (1975) review. Emphasis will be placed on presenting data for the distributions and chemical forms of the various trace elements within the oceans and describing the major processes responsible for them. 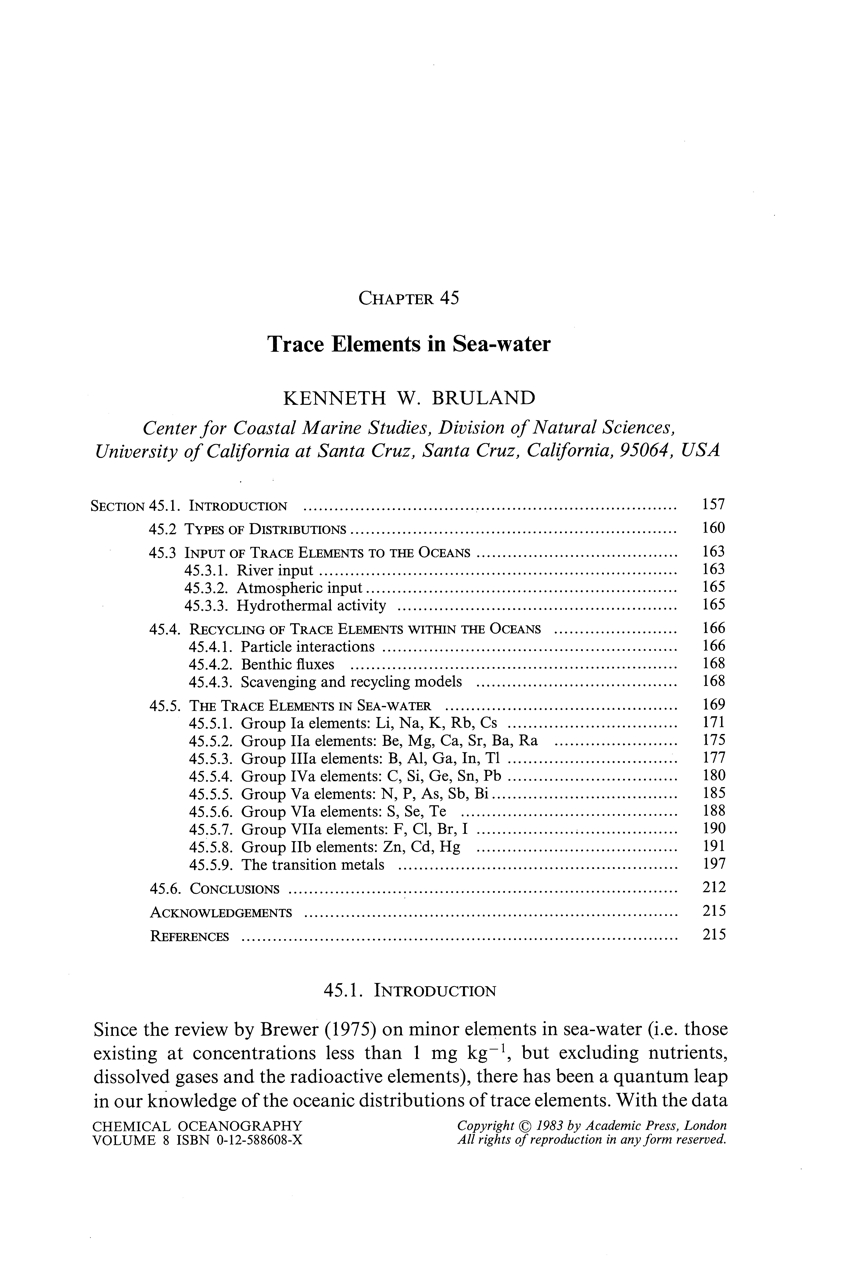