Patterns of Transoceanic Marine Biological Invasions in the Pacific Ocean

The passive dispersal by human activity of coastal organisms across the Pacific Ocean has been an active and dynamic process since at least the nineteenth century, and has led to the alteration of many shallow-water plankton and benthic communities. Major mechanisms of dispersal include shipping (fouling and ballast) and the transportation of commercial shellfish (especially oysters) and fish. There have been or are at least 14 major routes of transoceanic dispersal of introduced species in the Pacific Ocean, here formally identified for the first time. Major receiver areas for introduced species are the Hawaiian Islands, the Pacific coast of North America, and Australasia; major donor areas are the Pacific coast of Asia, extending to southern Asia and the southwestern Pacific. The three major receiver areas identified here are predicted to harbor numerous undetected introduced species; in turn, these same regions are also those most likely to continue to receive new introductions. 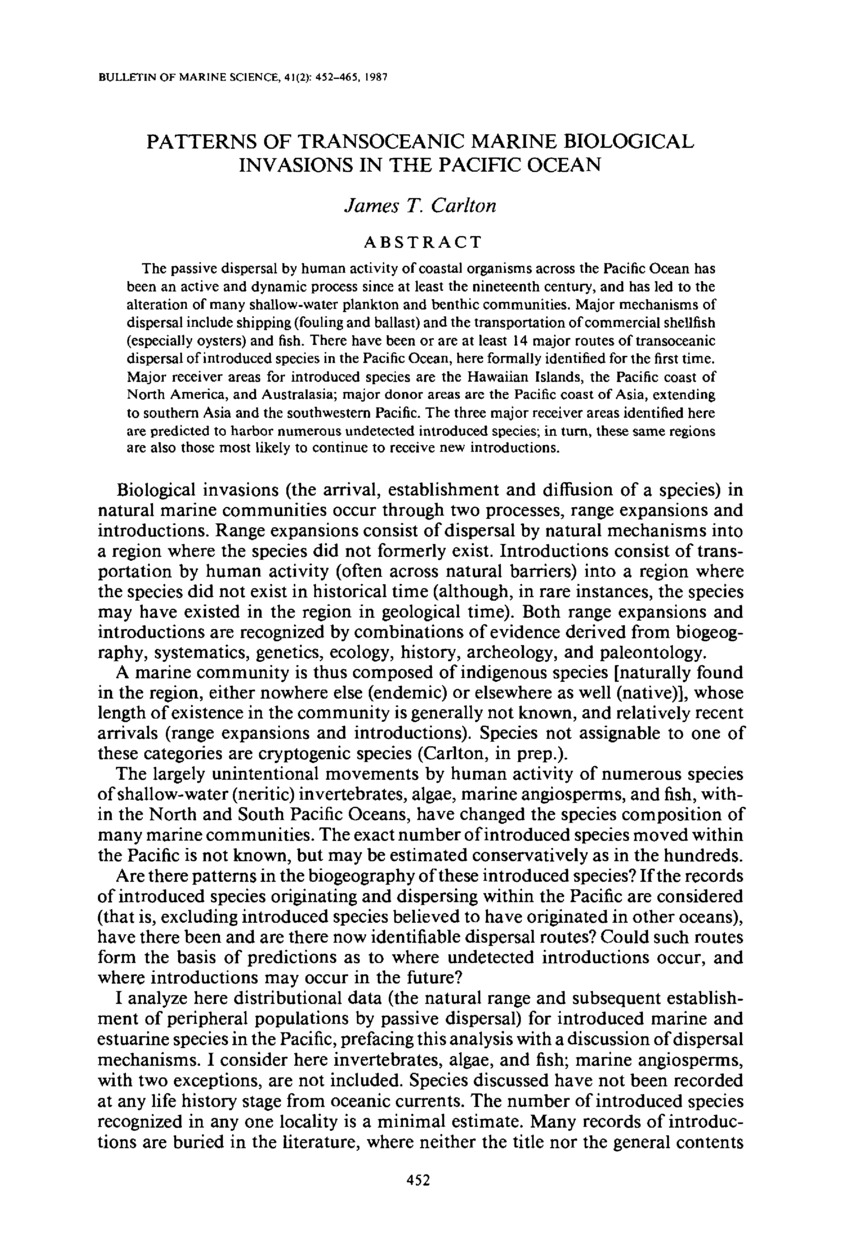