The St. Johns River is Florida's largest river, draining a watershed of approximately 21,630 square km. Its headwaters originate about 80 km north of Lake Okeechobee and the river proceeds to wind its way approximately 420 km northward, then heads eastward at the city of Jacksonville for its final 40 km before emptying into the Atlantic Ocean at Mayport. There is a gradient of salinity as one moves southward (upstream) in the river, with Lake George, one of several riverine embayments (not true "lakes" in the classical sense), marking the upstream boundary of tidal influence. Nevertheless some marine fishes, such as needlefishes and stingrays, often move even farther upstream than this point. It is this characteristic - the widespread and pronounced penetration of fresh waters by typically marine species - that makes the St. Johns unique among North American rivers. otherwise, the lower St. Johns River is similar to other large riverine estuaries found along thesoutheast and Gulf coasts of the united states. 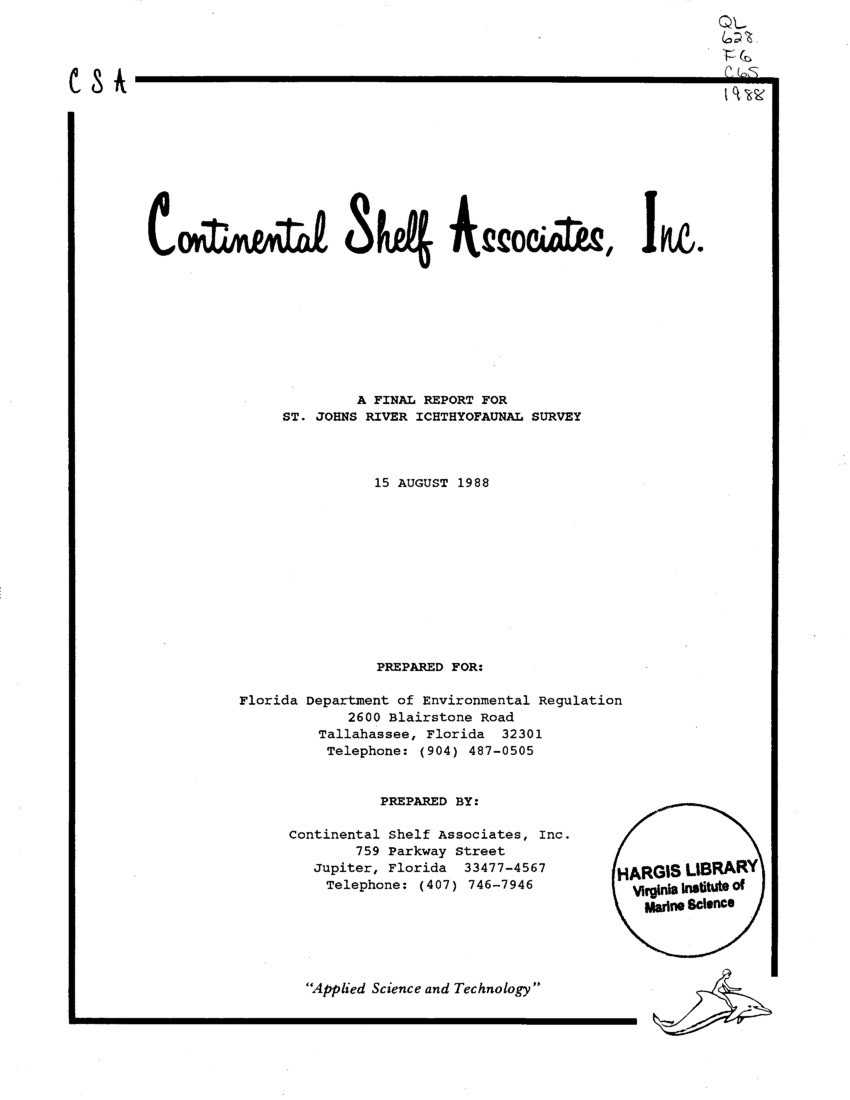