Estuaries of the South Atlantic Coast of North America: Their Geographical Signatures

Estuaries of the southeastern Atlantic coastal plain are dominated by shallow meso-tidal bar-built systems interspersed with shallow sounds and both low flow coastal plain and high flow piedmont riverine systems. Three general geographical areas can be discriminated: the sounds of North Carolina; the alternating series of riverine and ocean dominated bar-built systems of South Carolina, Georgia, and northeast Florida, and the subtropical bar-built estuaries of the Florida southeast coast. The regional climate ranges from temperate to subtropical with sea level rise and hurricanes having a major impact on the region's estuaries because of its low and relatively flat geomorphology. Primary production is highest in the central region. Seagrasses are common in the northern and southern most systems, while intertidal salt marshes composed ofSpartina alterniflora reach their greatest extent and productivity in South Carolina and Georgia. Nuisance blooms (cyanobacteria, dinoflagellates, and cryptomonads) occur more frequently in the northern and extreme southern parts of the region. Fishery catches are highest in the North Carolina and Florida areas. Human population growth with its associated urbanization reaches a maximum in Florida and it is thought that the long-term sustainability of the Florida coast for human habitation will be lost within the next 25 years. Tidal flushing appears to play an important role in mitigating anthropogenic inputs in systems of moderate to high tidal range, i.e., the South Carolina and Georgia coasts. The most pressing environmental problems for the estuaries of the southeastern Atlantic coast seem to be nutrient loading and poor land use in North Carolina and high human population density and growth in Florida. The future utilization of these estuarine systems and their services will depend on the development of improved management strategies based on improved data quality. 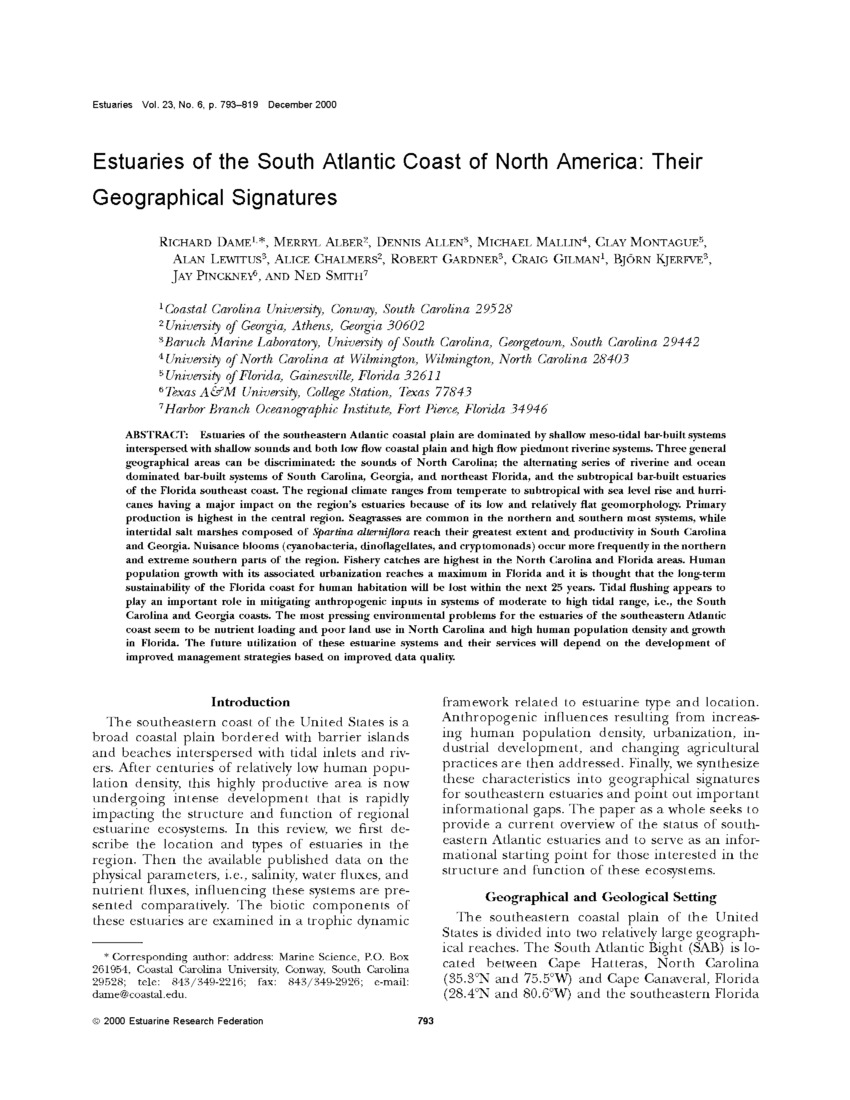