Styela plicata (Lesueur, 1823) is a solitary ascidian found in shallow, protected environments in tropical and warm-temperateoceans. Its origin is uncertain, given that it has already been identified in several oceans since it was first described, showing avery broad geographical distribution. Although S. plicata has been historically classified as a cosmopolitan species, in the pastfew decades it has been considered as an introduced or invasive species in some regions of the world. The present studyinvestigated the genetic variation among populations of S. plicata. A total of 51 samples were obtained from locations on theAtlantic and Pacific coasts of the USA, Japan, and southern and southeastern Brazil. The amplification of a fragment of thecytochrome oxidase subunit I gene (COI) generated nine distinct haplotypes. There was considerable variation in thegeographical distribution of haplotypes, yet the highest nucleotide and haplotypic diversities were clearly found in the Pacificsamples. Interestingly, one of the haplotypes showed more than 3% divergence in relation to the remaining haplotypes,suggesting the possibility of a cryptic species. These results, together with historical records, indicate that commercial shippingcould be the main cause for the global distribution of S. plicata. The northwestern Pacific region is hypothesized as the center ofdistribution of the species. 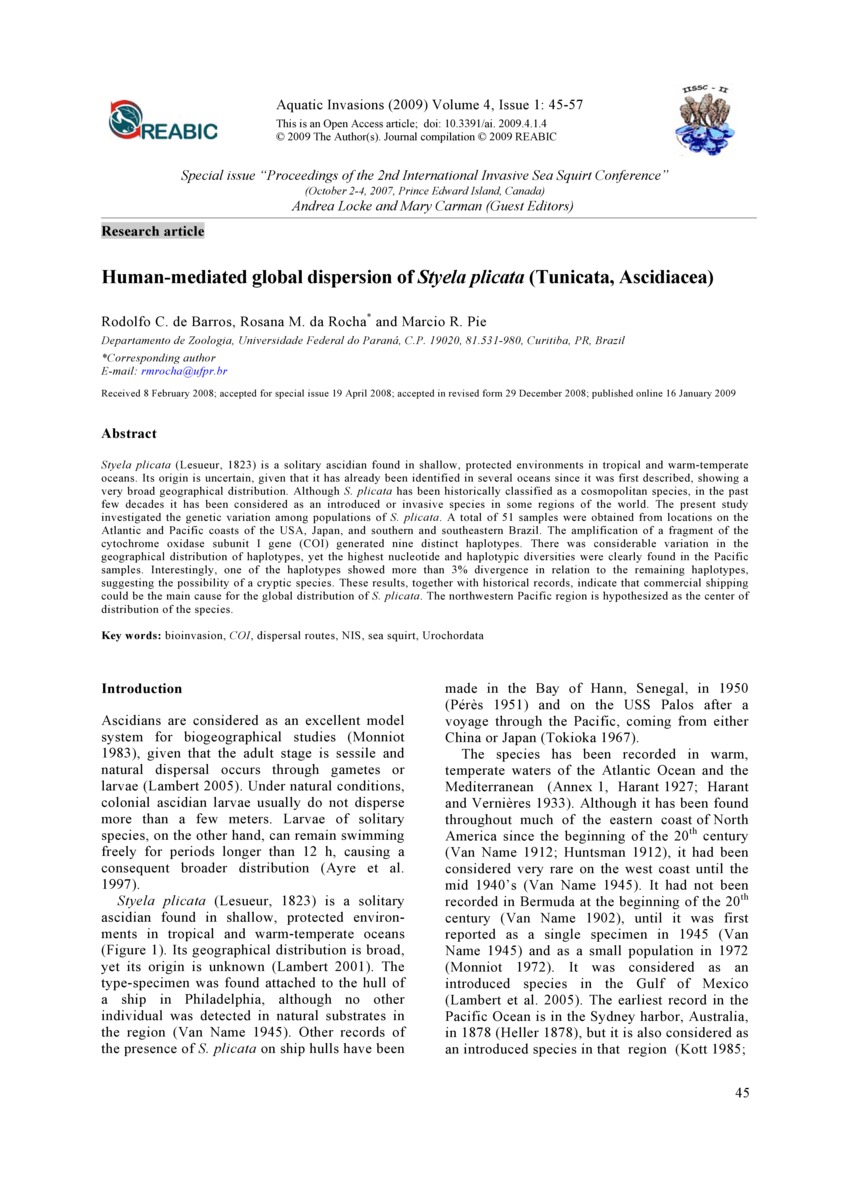