Field-based monitoring data were used to estimate the limiting light threshold for Vallisneria americana, the dominant species, in the St. Johns River, Florida. There was a considerable range of threshold estimates (0.5–35% of surface light) among individual observations. Light threshold calculations were divided into low- and high-salinity groups of sites. The field-based mean threshold for 1998–2004 was 9% for low-salinity (<0.5 ppt annual mean) sites. Sites with higher salinity (>0.5 ppt annual mean) had a higher mean light threshold of 14%. A separate analysis of the freshwater Crescent Lake suggested a light threshold of 9%. Increased epiphyte biomass during the drought may have accounted for the majority of the higher light requirements in the freshwater reach of the river. Light requirement values in this study were similar to other studies focusing on V. americana. 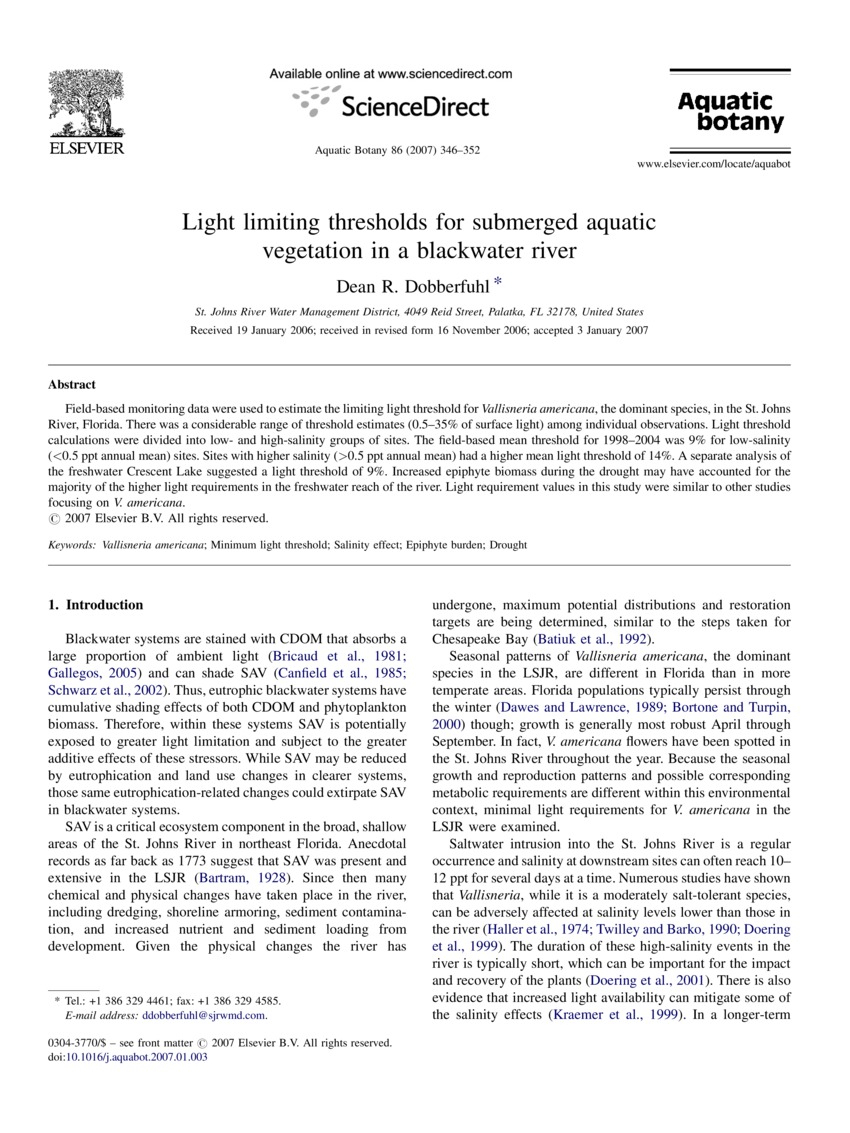