Northeast Florida lies in the southern part of the coastal plain in a physiographic division known as the coastal lowlands. Barrier islands, coastal lagoons and estuaries, and a series of coastal ridges with intervening valleys are the characteristic landforms. Surface fresh water is supplied by three drainage basins that act as a link between the coastal zone and the interior. Most of the estuaries of northeast Florida are well-mixed and support a diverse array of habitats ranging from salt marshes in the north to mangroves and seagrasses in the more southern coastal lagoons. Thematic Mapper data for October 1984 indicate that the region has 37,451 ha of wetlands, 92% of which are salt marshes. Three important non-macrophyte-dominated coastal habitats - mud flats, oyster reefs, and exposed beach surf zones - are also fairly extensive in this region. The coastal fish fauna of this region can be characterized as temperate, although species having tropical Caribbean affinities occur during warm periods of the year. Sciaenids are commercially and recreationally the most important finfish family, although mullet dominate the catch by weight. Important shellfish resources consist of three species of penaeid shrimp, blue crabs, oysters, and clams. A review of landings data for the region shows highest productivity in Brevard and Volusia counties, which include the Mosquito Lagoon/Upper Indian River complex. An historical assessment of fisheries habitat alteration from the 1940's and 1950's to the present indicates that the highest rates of habitat loss have occurred around inlets, which, coincidently, are the first "habitats" encountered as fish enter estuaries. Major growth issues affecting coastal northeast Florida are the prevention of continued environmental degradation through seemingly unrelated small impacts and an increase in scientific and public awareness of the complex requirements and dynamics of species important to fisheries. 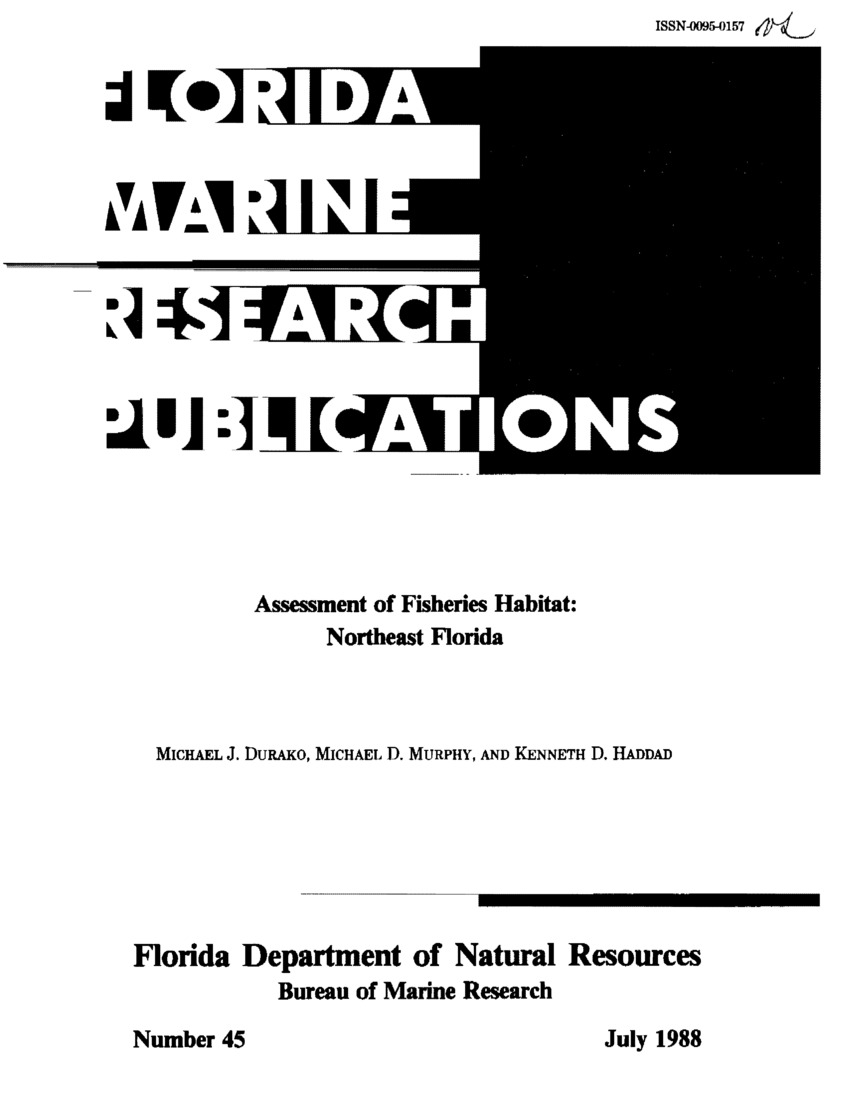