Two congeneric species of brackish water clams, Rangia cuneata (Sowerby, 1831) and Rangia flexuosa (Conrad, 1839), that are sympatric in the northern Gulf of Mexico, were analyzed for electrophoretic a variation at 19 allozyme loci. Rangia cuneata also was analyzed for restriction-site and (partial) nucleotide sequence variation for a mitochondrial gene, cytochrome oxidase I (COI). Rangia cuneata has greatly increased its abundance along the mid-Atlantic coast of the U.S.A. within the last 100 years, due either to colonization from southern populations or to expansion of indigenous populations. Rangia cuneata populations from Virginia to southern Florida formed a discrete and homogeneous group based on allozyme allele frequencies, as did populations from Mississippi to Texas (Nei's unbiased genetic distance between the two groups was 0.03). Atlantic coast populations of R. cuneata also had uniformly lower expected heterozygosities and lower numbers of alleles per locus than Gulf populations. The COI gene was largely monomorphic and mostly uninformative about possible genetic differences between Atlantic and Gulf coast R. cuneata, but a polymorphic MboII restriction site in the Gulf was monomorphic in all examined Atlantic populations. These data are more consistent with the indigenous-expansion model than the southern-expansion model. Nei's genetic distance between R. cuneata and R. flexuosa was large (1.45), but there was no evidence for the existence of a complex of sibling or semi-species within R. cuneata. 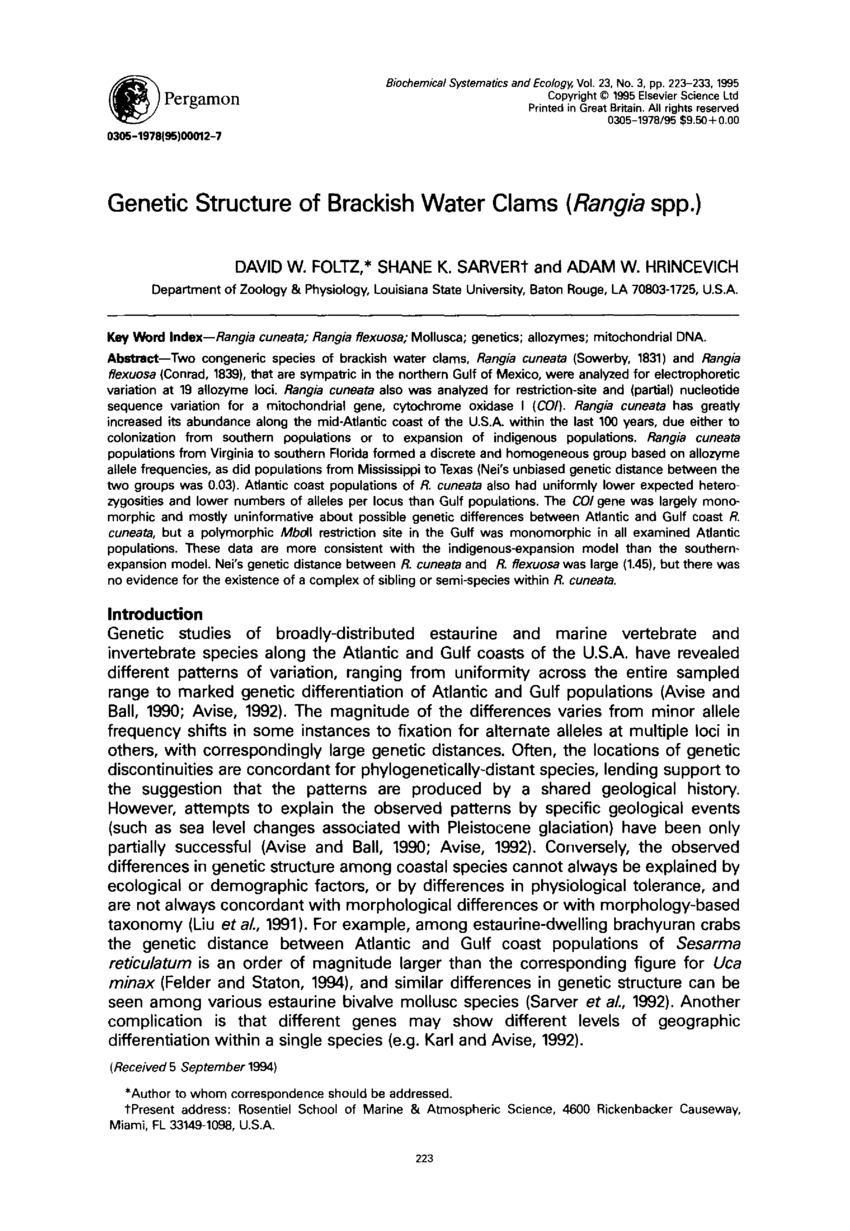