In the last few decades, various studies have shown that aquatic mammals are sensitive to the toxicological effects of certain xenobiotic compounds, including the large class of endocrine-disrupting chemicals (EDCs). Since some EDCs, particularly organochlorines, tend to bioaccumulate and biomagnify in the aquatic food chain, various aquatic mammals, particularly those high in the food chain, such as pinnipeds, odontocete cetaceans, and polar bears, are potentially "at risk". The main aim of this chapter is to define the state of the art on effects of endocrine disruptors in aquatic mammals, both freshwater and marine. Another aim is to formulate recommendations for future research in this field and finally to define what can be done internationally for hazard/risk assessment and communication of the findings. 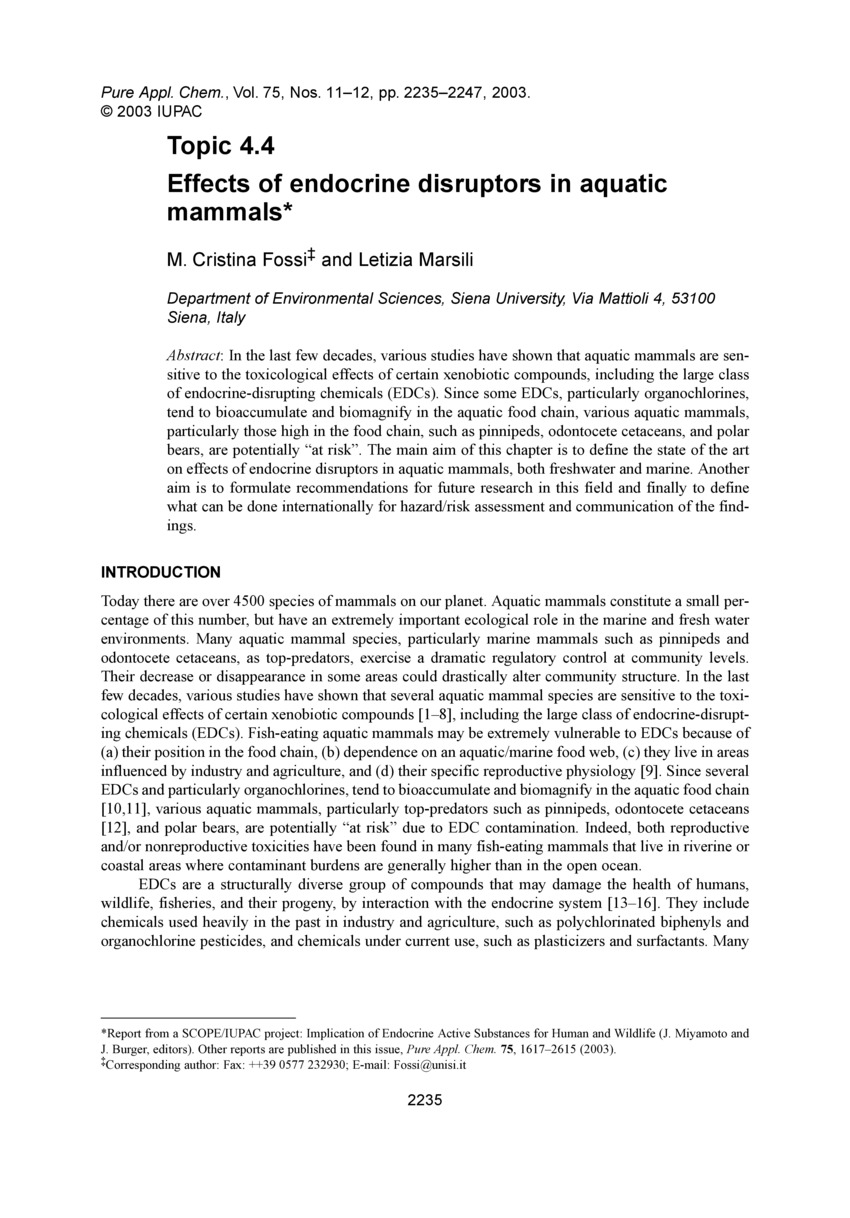