Sturgeon are a primitive family of fishes found mainly in cold to temperate regions of the northern hemisphere. Habitat loss threatens or endangers many species, including shortnose sturgeon (Acipenser brevirostrum). Anadromous species, which move upriver from the sea to spawn, are particularly imperiled, because the damming of rivers blocks access to historic spawning habitat. Shortnose sturgeon are considered semi-anadromous, because they travel upstream to spawn but return only to the lower estuarine portion of a river. They typically do not use marine habitat, but some transient fish have been known to move between river systems. Historically found in major rivers along the Atlantic seaboard from the St. John River, Canada, south to the St. Johns River, Florida, current populations are generally much larger in northern rivers. Shortnose sturgeon have been listed as endangered since 1967. In the late 1980s and throughout the 1990s, sturgeon researchers along the eastern coast began to assimilate a recovery plan that was completed in 1998. However, population estimates for several systems within the listed range, including the St. Johns River, Florida, were inadequate or missing. Note: This resource has been updated for the 2013 report. 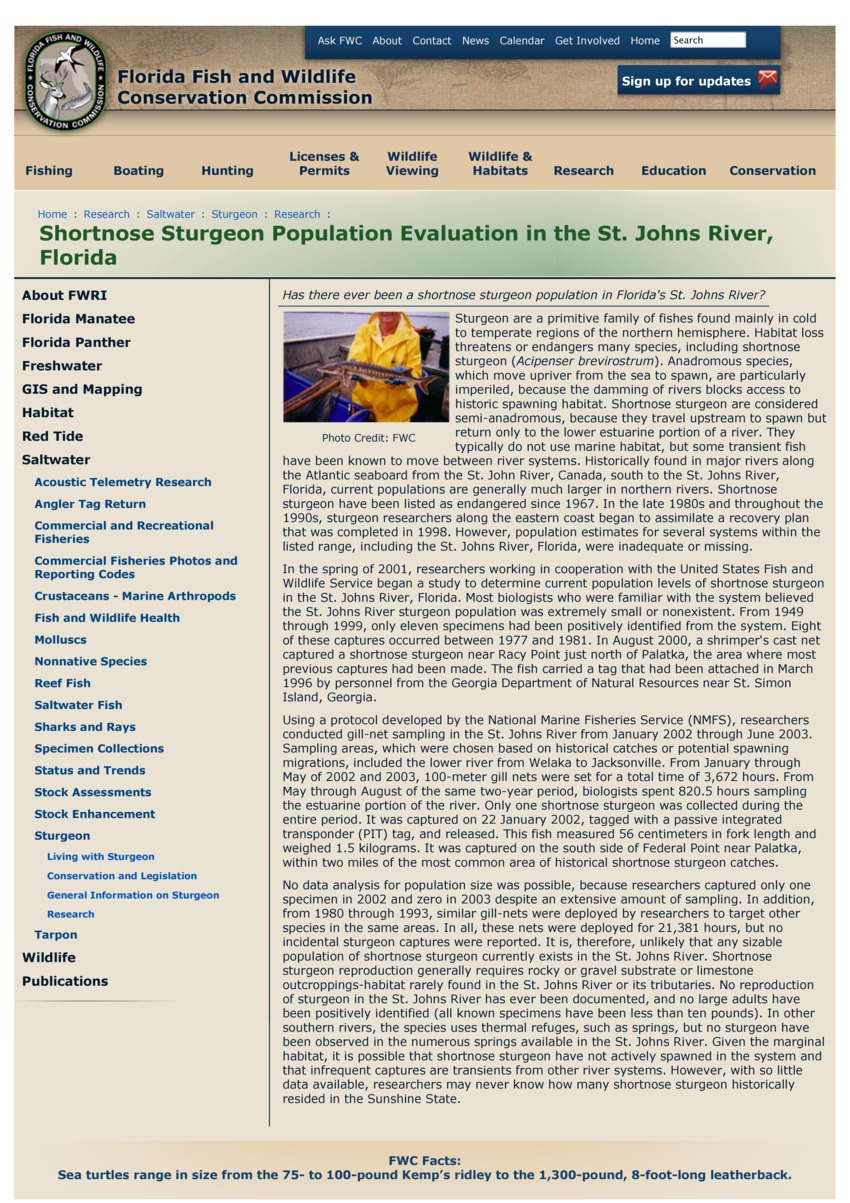