The present paper presents original data and a review of the copper (Cu) toxicity literature for estuarine and marine environments. For the first time, acute Cu toxicity across the full salinity range was determined. Killifish, Fundulus heteroclitus, eggs were hatched in freshwater (FW), 2.5, 5, 10, 15, 22 and 35 ppt (seawater, SW) and juveniles were allowed to acclimate for 7 days prior to acute toxicity testing. Sensitivity was highest in FW (96 h LC50: 18 ?g/l), followed by SW (96 h LC50: 294 ?g/l) with fish at intermediate salinities being the most tolerant (96 h LC50 > 963 ?g/l at 10 ppt). This approximately 50-fold, non-linear variation in sensitivity could not be accounted for by Cu speciation or competition among cations but can be explained by physiology. The relative Na+ gradient from the blood plasma to the water is greatest in FW followed by SW and is smallest at 10 ppt. Regression of Cu toxicity versus the equilibrium potential for Na+, which reflects the relative Na+ gradient, revealed that 93% of the variation can be attributed to Na+ gradients and thus osmoregulatory physiology. Examination of the existing literature on acute Cu toxicity in SW (defined as >25 ppt) confirmed that early life stages generally are most sensitive but this pattern may be attributable to size rather than developmental stage. Regardless of developmental stage and phylogeny, size clearly matters for Cu sensitivity. The existing literature on the influence of salinity on acute Cu toxicity as well as studies of mechanisms of Cu toxicity in fish and invertebrates are reviewed. 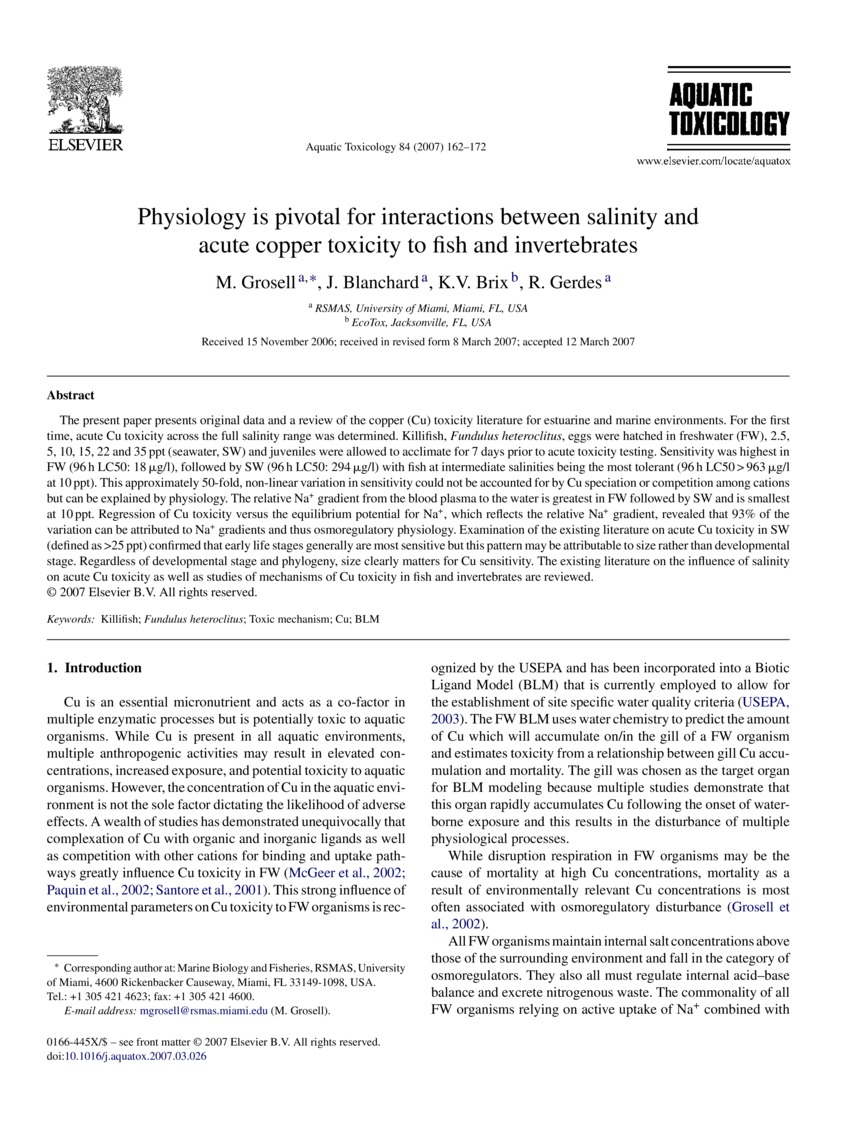