The reproductive development of alligators from a contaminated and a control lake in central Florida was examined. Lake Apopka is adjacent to an EPA Superfund site, listed due to an extensive spill of dicofol and DDT or its metabolites. These compounds can act as estrogens. Contaminants in the lake also have been derived from extensive agricultural activities around the lake that continue today and a sewage treatment facility associated with the city of Winter Garden, Florida. We examined the hypothesis that an estrogenic contaminant has caused the current failure in recruitment of alligators on Lake Apopka. Supporting data include the following: At 6 months of age, female alligators from Lake Apopka had plasma estradiol-17 beta concentrations almost two times greater than normal females from the control lake, Lake Woodruff. The Apopka females exhibited abnormal ovarian morphology with large numbers of polyovular follicles and polynuclear oocytes. Male juvenile alligators had significantly depressed plasma testosterone concentrations comparable to levels observed in normal Lake Woodruff females but more than three times lower than normal Lake Woodruff males. Additionally, males from Lake Apopka had poorly organized testes and abnormally small phalli. The differences between lakes and sexes in plasma hormone concentrations of juvenile alligators remain even after stimulation with luteinizing hormone. Our data suggest that the gonads of juveniles from Lake Apopka have been permanently modified in ovo, so that normal steroidogenesis is not possible, and thus normal sexual maturation is unlikely. 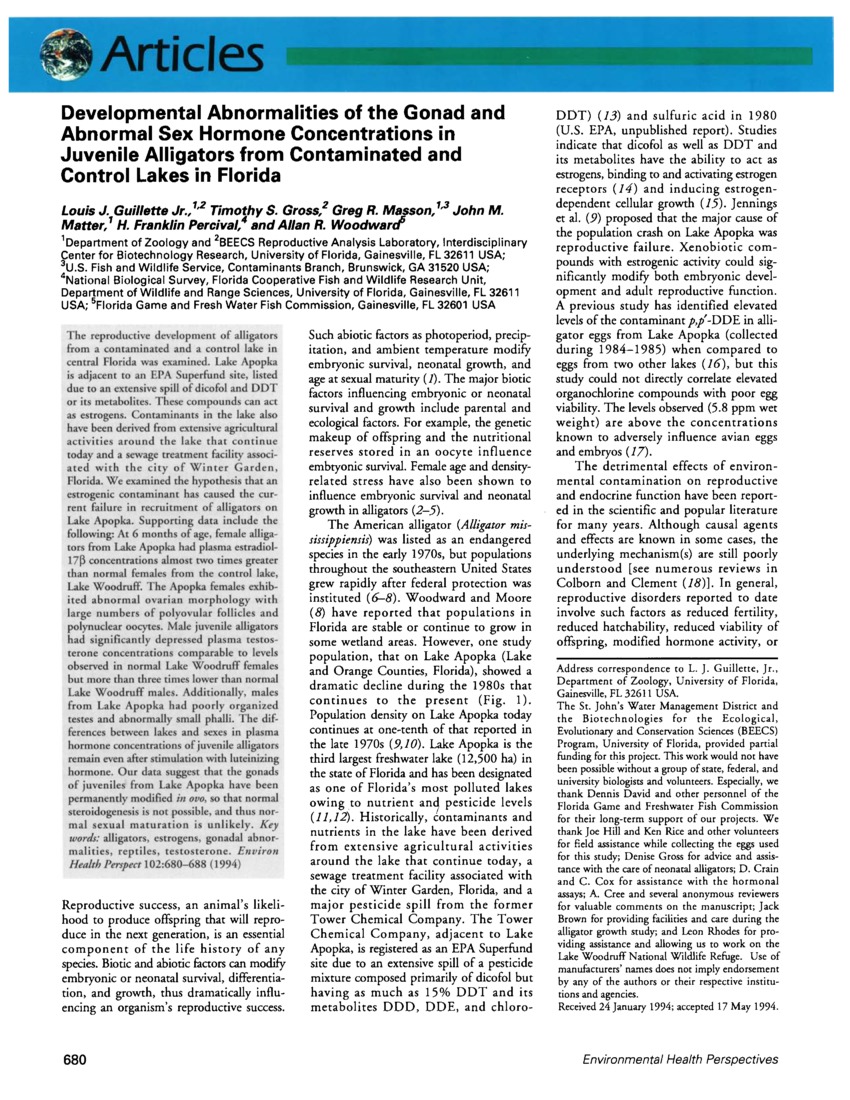