Mitigation Under Section 404 of the Clean Water Act: Where it Comes From, What it Means

The requirement to mitigate impacts to wetlands and streams is a frequently misunderstood policy with a long and complicated history. We narrate the history of mitigation since the inception of the Clean Water Act Section 404 permit program in 1972, through struggles between the US Environmental Protection Agency and the US Army Corps of Engineers, through the emerging importance of wetland conservation on the American political landscape, and through the rise of market-based approaches to environmental policy. Mitigation, as it is understood today, was not initially foreseen as a component of the Section 404 permitting program, but was adapted from 1978 regulations issued by the Council on Environmental Quality as a way of replacing the functions of filled wetlands where permit denials were unlikely. EPA and the Corps agreed in 1990 to define mitigation as the three steps of avoidance, minimization, and compensation, principles which must be applied to permit decisions in the form of the environmental criteria in EPA’s 404(b)(1) Guidelines. Through the 1980s and 1990s, the compensation component of mitigation has become nearly the sole focus of mitigation policy development, and has been the subject of numerous guidance documents and memoranda since 1990. Avoidance and minimization have received far less policy attention, and this lack of policy development may represent a missed opportunity to implement effective wetland conservation. 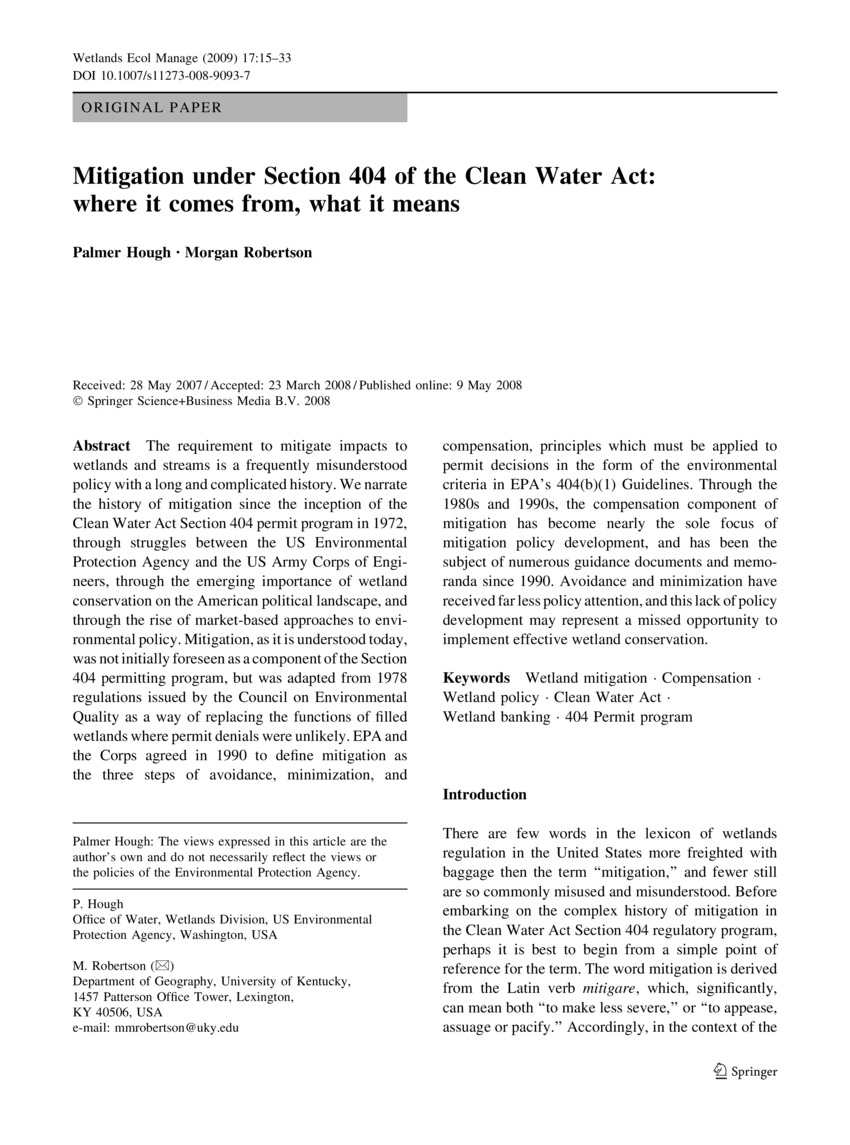