Predicting Stress in Benthic Communities of Southeastern U.S. Estuaries in Relation to Chemical Contamination of Sediments

Matching data on sediment contaminants and macroinfaunal community structure from 231 subtidal stations in southeastern U.S. estuaries were used to develop a framework for evaluating risks of benthic impacts from multiple-contaminant exposure. Sediment contamination was expressed as the mean ratio of individual contaminant concentrations relative to corresponding sediment quality guidelines, that is, to effects range-median (ERM) values, probable effects level (PEL) values, or an aggregate of the two. The probability of a degraded benthos was relatively low in samples with mean ERM quotients ?0.020, PEL quotients ?0.035, or combined ERM/PEL quotients ?0.024. Only 5% of stations within these ranges had degraded benthic assemblages, while 95% had healthy assemblages. A higher probability of benthic impacts was observed in samples with mean ERM quotients >0.058, PEL quotients >0.096, or ERM/PEL quotients >0.077. Seventy-three to 78% of stations with values in these upper ranges had degraded benthic assemblages, while 22 to 27% had healthy assemblages. Only four stations (three with degraded, one with healthy assemblages) had mean ERM or PEL quotients >1.0, which is the beginning of the range associated with a high probability of mortality in short-term laboratory toxicity tests using amphipods. 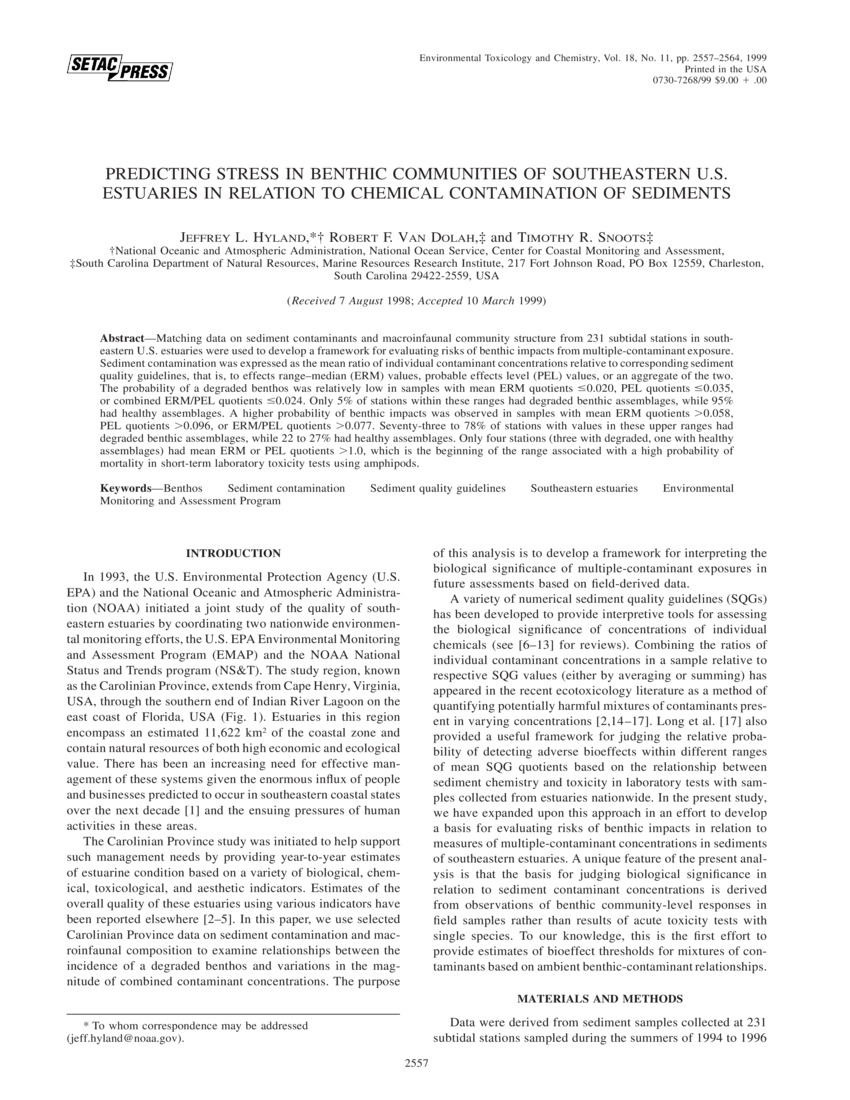