The Southeastern U.S. population of wood storks (Mycteria americana) is listed as endangered under the Endangered Species Act (ESA) and is fully protected by Florida and Georgia state laws. The principle reason for the ESA listing is related to its decline from an estimated 20,000 nesting pairs in the 1930s to a low of about 3,000-5,000 pairs in the 1970s. In 1999, a new wood stork rookery formed on Zoo grounds and it soon began to show signs of annual growth. This was brought to the attention of the U.S. Fish and Wildlife Service (USFWS) and resulted in Jacksonville Zoo and Gardens (JZG) attending the 2002 annual meeting of the Wood Stork Research and Monitoring Working Group. At this meeting, a monitoring protocol was proposed by the Florida Fish and Wildlife Conservation Commission (FWC) - and later USFWS. As a result, the Jacksonville Zoo and Gardens’ Wood Stork Conservation Project and Partnership was signed by JZG and USFWS in 2003. Careful monitoring started in 2003. Due to the JZG’s acclimated birds and close proximity of the rookery to the African exhibits elevated boardwalks, the Zoo is able to monitor nests twice weekly. Note: This resource has been updated for the 2013 report. 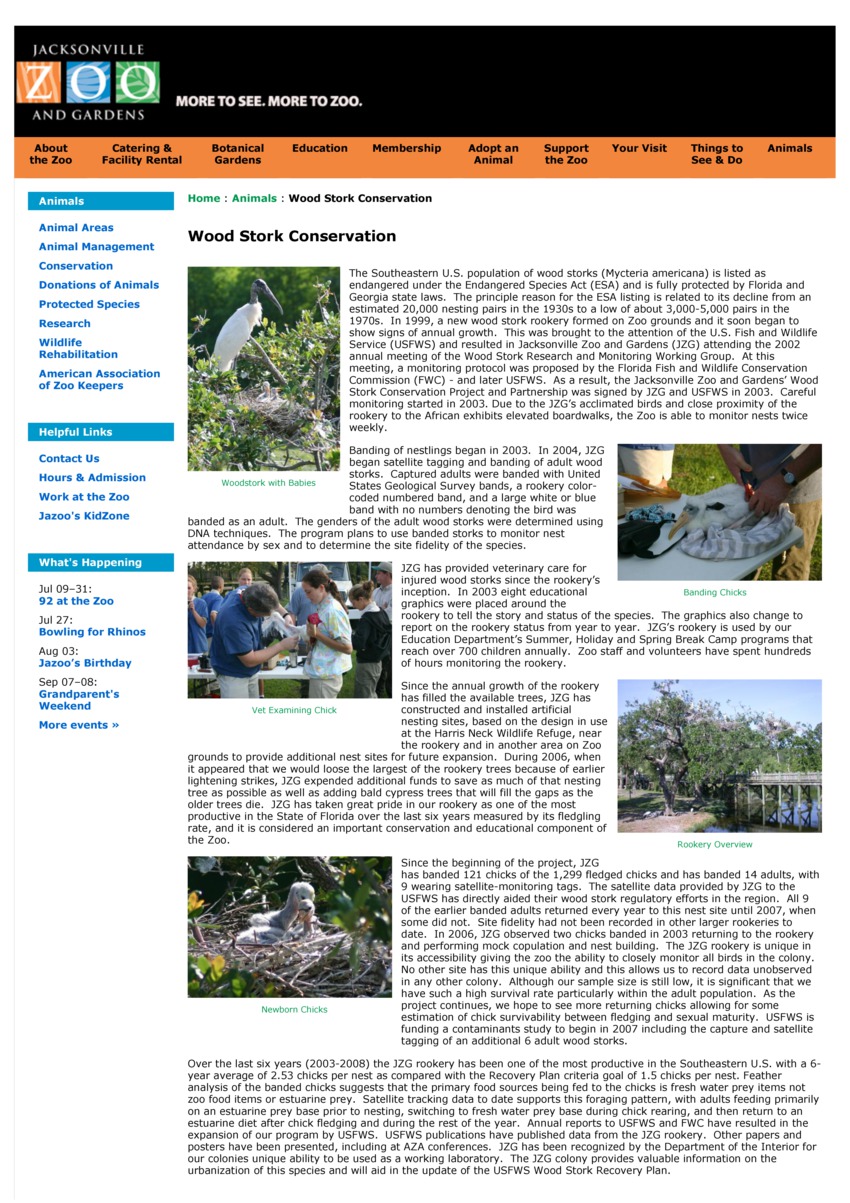