Zooxanthellae Loss as a Bioassay for Assessing Stress in Corals

Branch tips from colonies of a staghorn coral Acropora formosa were exposed to elevated concentrations of copper in order to examine the potential of the 'bleaching' response as a means of assessing stress in corals. Two identical toxicity tests were conducted over 48 h using 2 colonies with naturally different algal (zooxanthellae) densities. The tips from both colonies bleached in proportion to the copper concentrations, through loss of zooxanthellae to the surrounding water. A higher incidence of mortality was observed in tips from the colony with fewer zooxanthellae. During the tests, control corals lost zooxanthellae at a rate of <1% of the algal standing stock d-1, zooxanthellae release from both control and experimental corals occurred 2x faster during the daytime than night time, and the number of zooxanthellae appearing as doublets (the mitotic index) was 5 to 8x higher in zooxanthellae released from the corals' tips than inside the tips (in hospite)at the end of the experiment. The implications of these findings for future toxicity tests using the bleaching response, and for using changes in the number of zooxanthellae appearing as doublets to assess stress are discussed. Results suggest (1) that loss of zooxanthellae can be used within the framework of a standardised laboratory-based bioassay with universal integrity for assessing stress in zooxanthellate corals, and (2) that inherent differences in the densities of zooxanthellae between coral colonies are likely to affect the outcome of experiments using the bleaching response and of other biochemical or physiological stress responses. 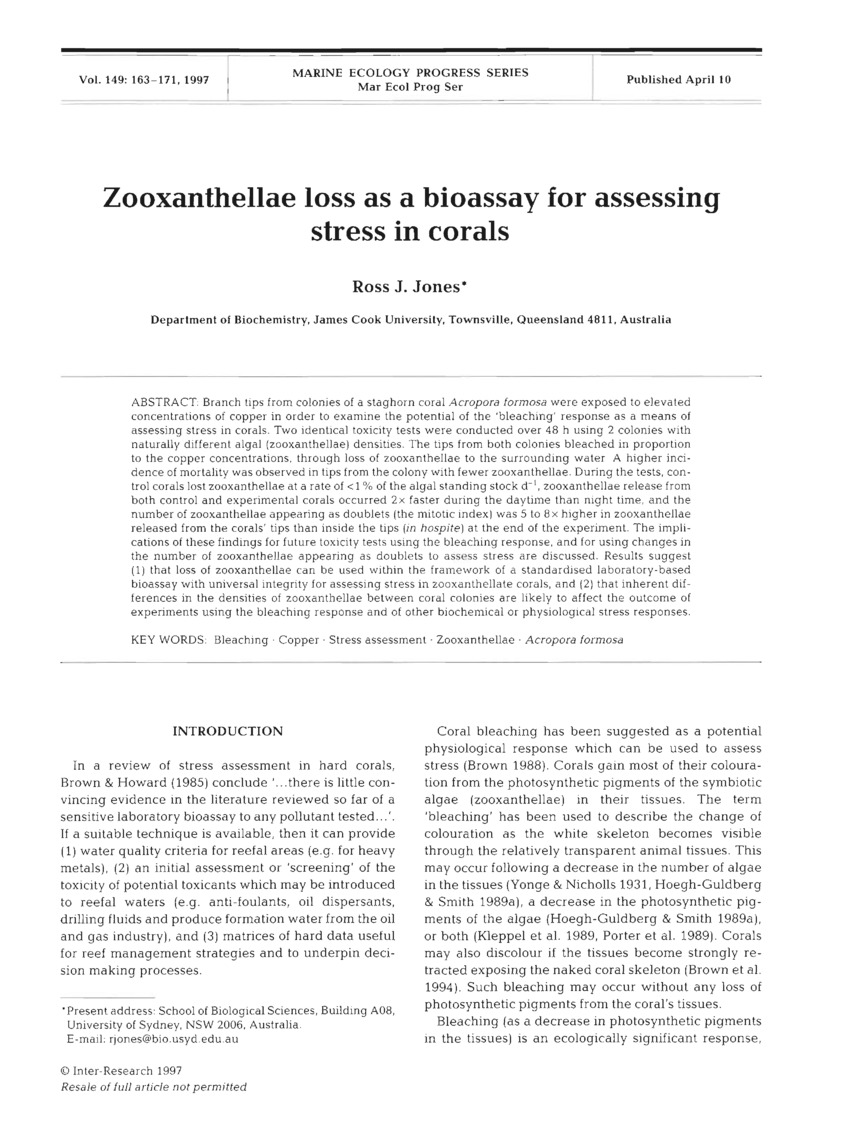