Aerial Census of Manatee and Boats Over the Lower St. Johns River and the Intracoastal Waterway in Northeastern Florida. Site-Specific Reduction of Manatee Boat/Barge Mortality

West Indian manatees (Trichechus manatus) occur throughout the year in rivers, estuaries and coastal areas of Florida (Moore 1951, Hartman 1974, Irvine and Campbell 1978, Irvine et al. 1981). Manatees are widely dispersed along the Gulf and Atlantic Coasts of the southeastern U.S. during the summer months and aggregate at traditional warm water wintering sites during cooler months (Hartman 1974, Powell and Waldron 1978, Rose and McCutcheon 1980, Rathbun et al. 1982, Powell and Rathbun 1983, Shane 1983). Their winter range on the east coast of Florida extends as far north as Jacksonville (Hartman 1974, Rathbun et al. 1983, Kinnaird and Valade 1983) but manatees are sighted most frequently in the northeastern region of the peninsula during the summer months (Moore 1951, Hartman 1974, Irvine and Campbell 1978). Recent evidence suggests that manatees in northeastern Florida are not discrete subpopulations and that manatees make seasonal north/south migrations along the eastern coastal waterways (Hartman 1974, Shane 1983, Rathbun et al. 1983, Kinnaird and Valade 1983). Northeastern Florida has the highest known manatee mortality in the state, including the highest incidence of deaths due to collisions with boats, particularly in the St. Johns River and Brevard County (O'Shea et al. in prep.). It is difficult to develop wise management policies for this region because spatial and temporal use of northeastern Florida by manatees has not been fully documented. The nature and extent of boat traffic also has not been described. I conducted aerial surveys for one complete year over the lower reaches of the St. Johns River and the northeastern section of the ICW (southern Volusia County to Kings Bay, Georgia) to document the spatial and temporal patternLt~at characterize manatee use of northeast Florida, and to describe the nature and extent of boat traffic. The development of management practices based on these patterns should help minimize resource conflicts and possibly reduce manatee boat/barge mortality. 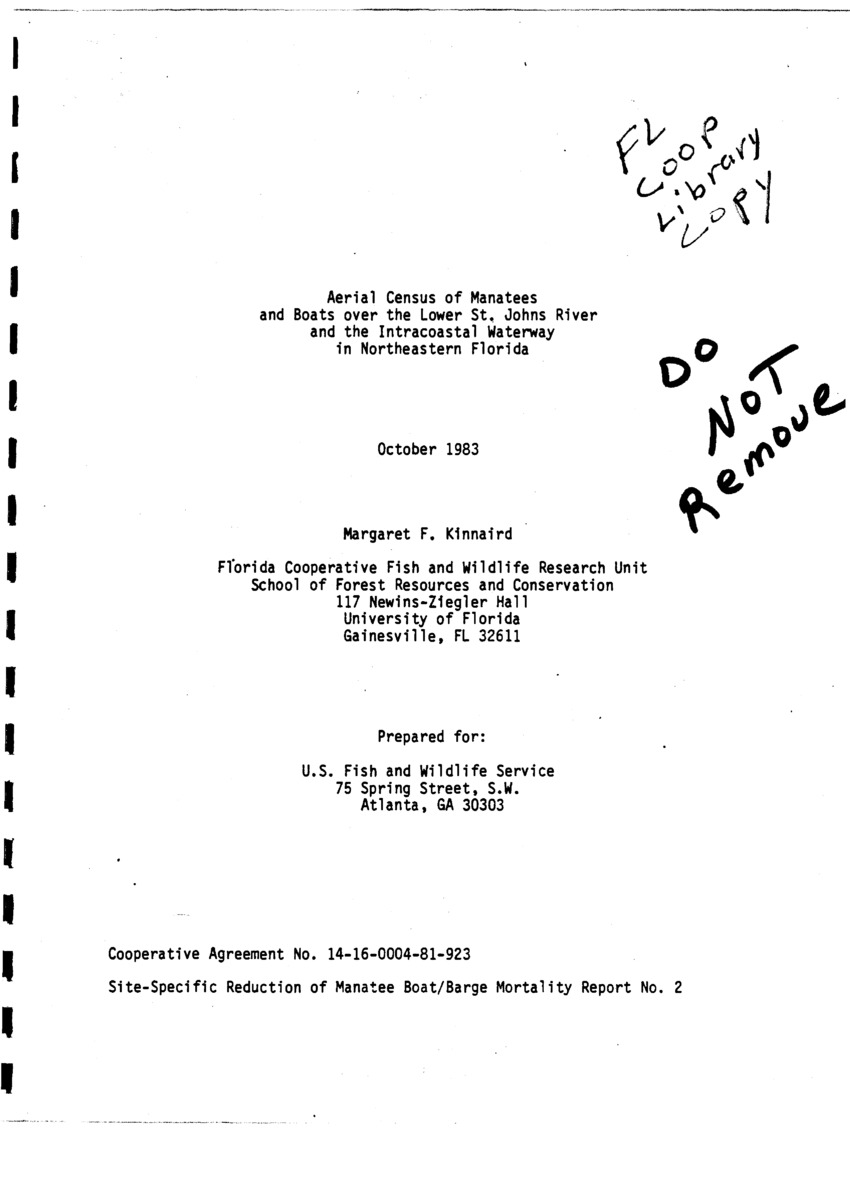