Matching biological and chemical data were compiled from numerous modeling, laboratory, and field studies performed in marine and estuarine sediments. Using these data, two guideline values (an effects range-low and an effects range-median) were determined for nine trace metals, total PCBs, two pesticides, 13 polynuclear aromatic hydrocarbons (PAHs), and three classes of PAHs. The two values defined concentration ranges that were: (1) rarely, (2) occasionally, or (3) frequently associated with adverse effects. The values generally agreed within a factor of 3 or less with those developed with the same methods applied to other data and to those developed with other effects-based methods. The incidence of adverse effects was quantified within each of the three concentration ranges as the number of cases in which effects were observed divided by the total number of observations. The incidence of effects increased markedly with increasing concentrations of all of the individual PAHs, the three classes of PAHs, and most of the trace metals. Relatively poor relationships were observed between the incidence of effects and the concentrations of mercury, nickel, total PCB, total DDT and p,p?-DDE. Based upon this evaluation, the approach provided reliable guidelines for use in sediment quality assessments. This method is being used as a basis for developing National sediment quality guidelines for Canada and informal, sediment quality guidelines for Florida. 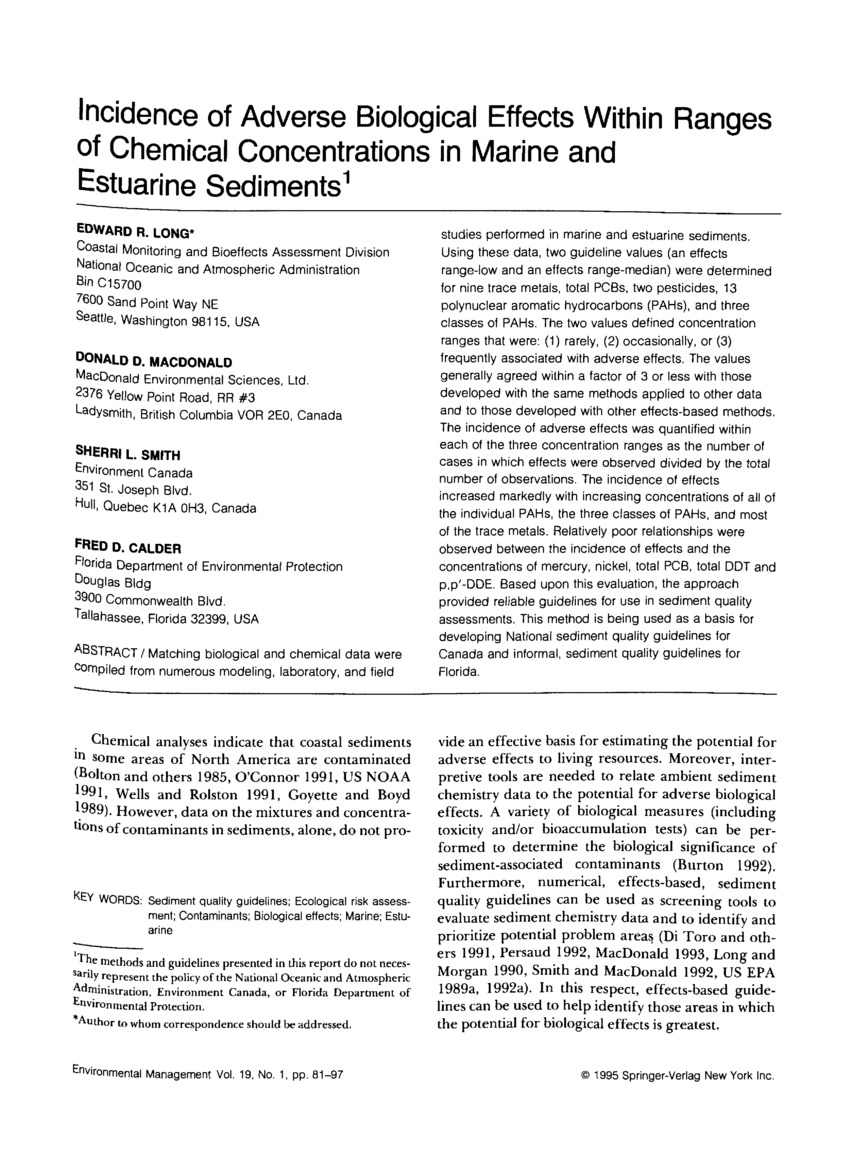