Internal cycling of nutrients from the sediment and water column can be an important contribution to the total nutrient load of an aquatic ecosystem. Our objective was to estimate the internal nutrient loading of the Lower St. Johns River (LSJR). Dissolved reactive phosphorus (DRP) and ammonium (NH4–N) flux from sediments were measured under aerobic and anaerobic water column conditions using intact cores, to estimate the overall contribution of the sediments to P and N loading to the LSJR. The DRP flux under aerobic water column conditions averaged 0.13 mg m?2 d?1, approximately 37 times lower than that under anaerobic conditions (4.77 mg m?2 d?1). The average NH4–N released from the anaerobic cores (18.03 mg m?2 d?1) was also significantly greater than in the aerobic cores for all sites and seasons, indicating the strong relationship between nutrient fluxes and oxygen availability in the water column. The mean annual internal DRP load was estimated to be 330 metric tons (Mg) yr?1, 21% of the total P load to the river, while the mean annual internal load of NH4–N was determined to be 2066 Mg yr?1, 28% of the total N load to the LSJR estuary. As water resource managers reduce external loading to the LSJR the frequency of anaerobic events should decline, thereby reducing nutrient fluxes from the sediment to the water column, reducing the internal loading of DRP and NH4–N. Results from this study demonstrate that the internal flux of nutrients from sediments may be a significant portion of the total load and should be accounted for in the total nutrient budget of the river for successful restoration. 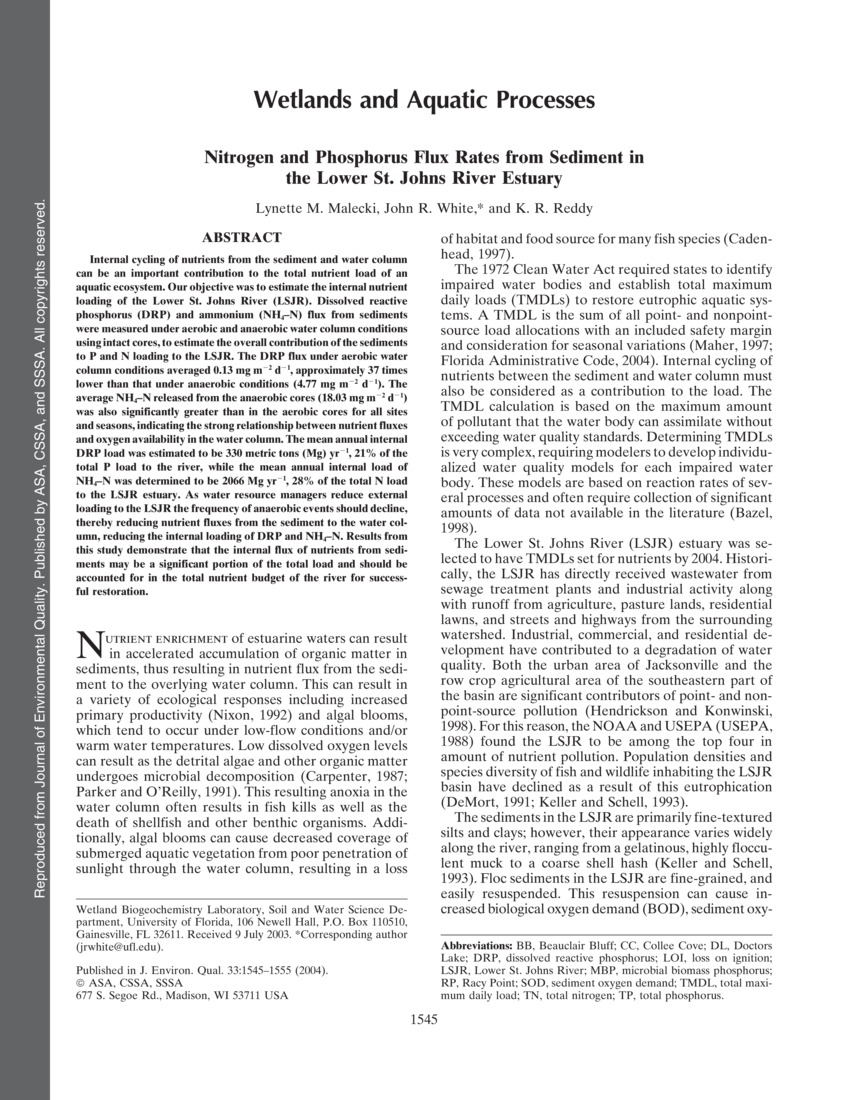