Missions, Timucuans, and the Aucilla

n the early sixteenth century native people who spoke the Timucua language occupied most of the northern one-third of peninsular Florida (east of the Aucilla River), apparently not including the Gulf of Mexico coast. The Timucua also inhabited southeastern Georgia as far north as the Altamaha River. In 1492 this large area, about 19,200 square miles, was home to approximately 200,000 people. 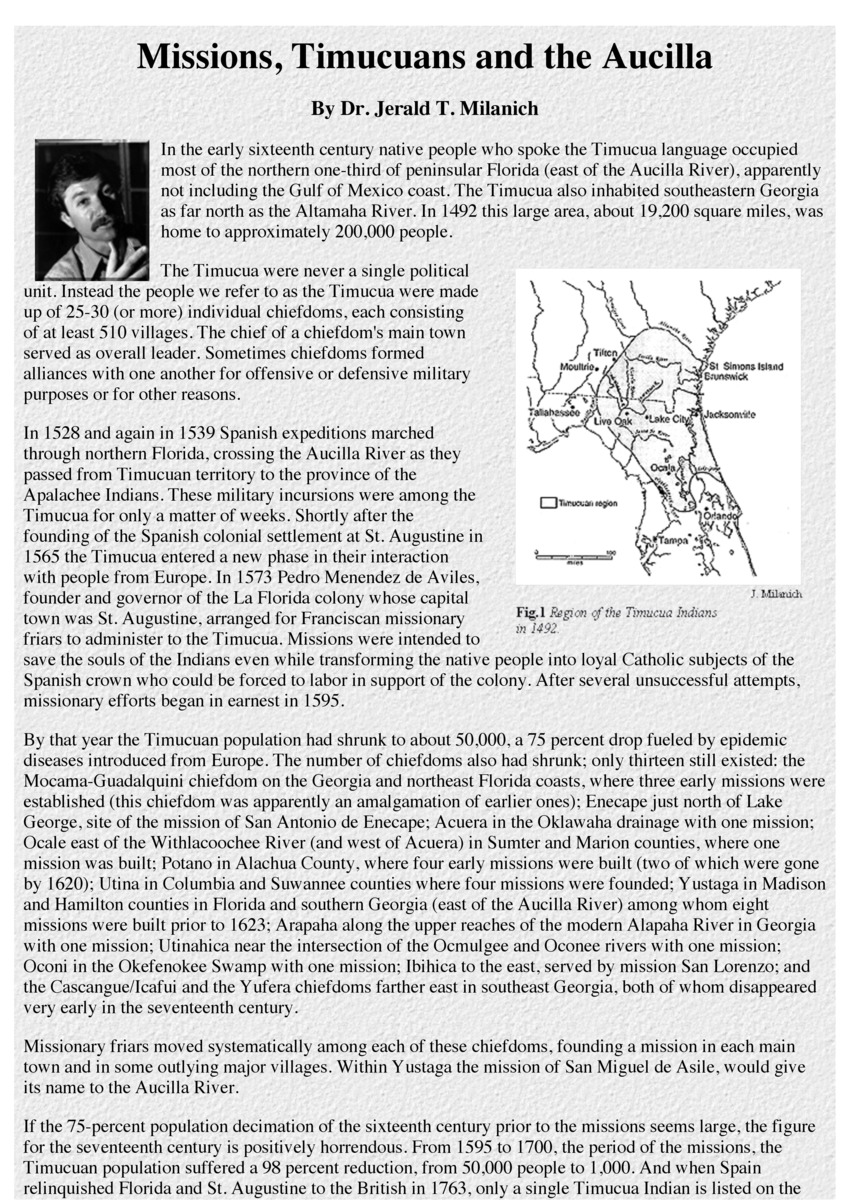