The Floridan aquifer system is one of the most productive aquifers in the world. This aquifer system underlies an area of about 100,000 square miles in southern Alabama, southeastern Georgia, southern South Carolina, and all of Florida (fig. 48). The Floridan aquifer system provides water for several large cities, including Savannah and Brunswick in Georgia; and Jacksonville, Tallahassee, Orlando, and St. Petersburg in Florida. In addition, the aquifer system provides water for hundreds of thousands of people in smaller communities and rural areas. Locally, the Floridan is intensively pumped for industrial and irrigation supplies. During 1985, an average of about 3 billion gallons per day of freshwater was withdrawn from the Floridan for all purposes. Withdrawals during 1988 were somewhat greater. Despite the huge volumes of water that are being withdrawn from the aquifer system, water levels have not declined greatly except locally where pumpage is concentrated or the yield from the system is minimal. 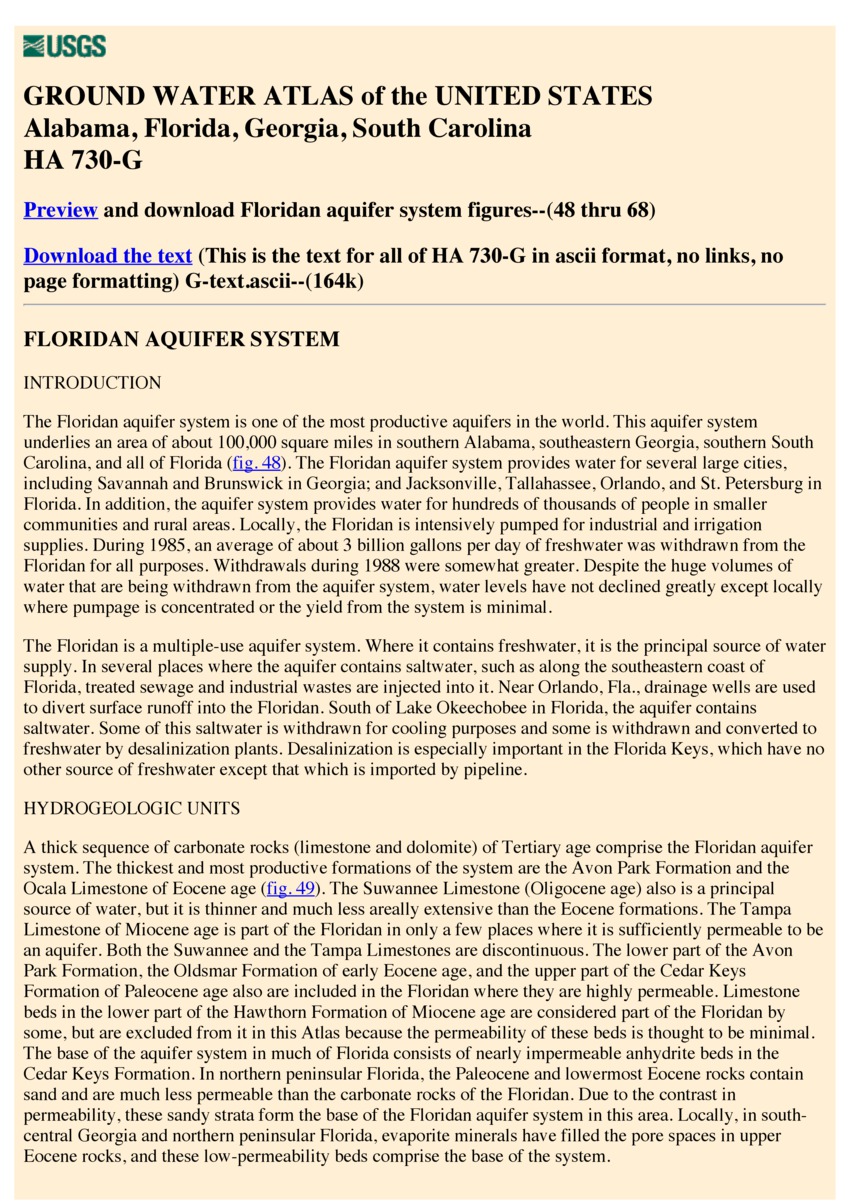