The Value of Wetlands: Importance of Scale and Landscape Setting

Wetlands have value because their functions have proved to be useful to humans. The unit value for some wetlands also increases with human development (agriculture and urban) because of increased use and/or increased scarcity. Yet, paradoxically, its functions can easily be overwhelmed in areas of heavy human development, thus lessening those values. Thus wetlands appear to work best in the landscape as spatially distributed systems. Also, the value is partially dependent on where they are found in the landscape, e.g., the degree to which a wetland is open to hydrologic and biological fluxes with other systems, including urban and agricultural landscapes. A paradox of assigning values to wetlands and other ecosystems is that it can argue for the replacement of one system with another if a landscape view is not taken. Estimates of percent of landscape for various functions, e.g. water quality or flood control, are presented. It is suggested that a range of 3–7% of temperate-zone watersheds should be in wetlands to provide adequate flood control and water quality values for the landscape. 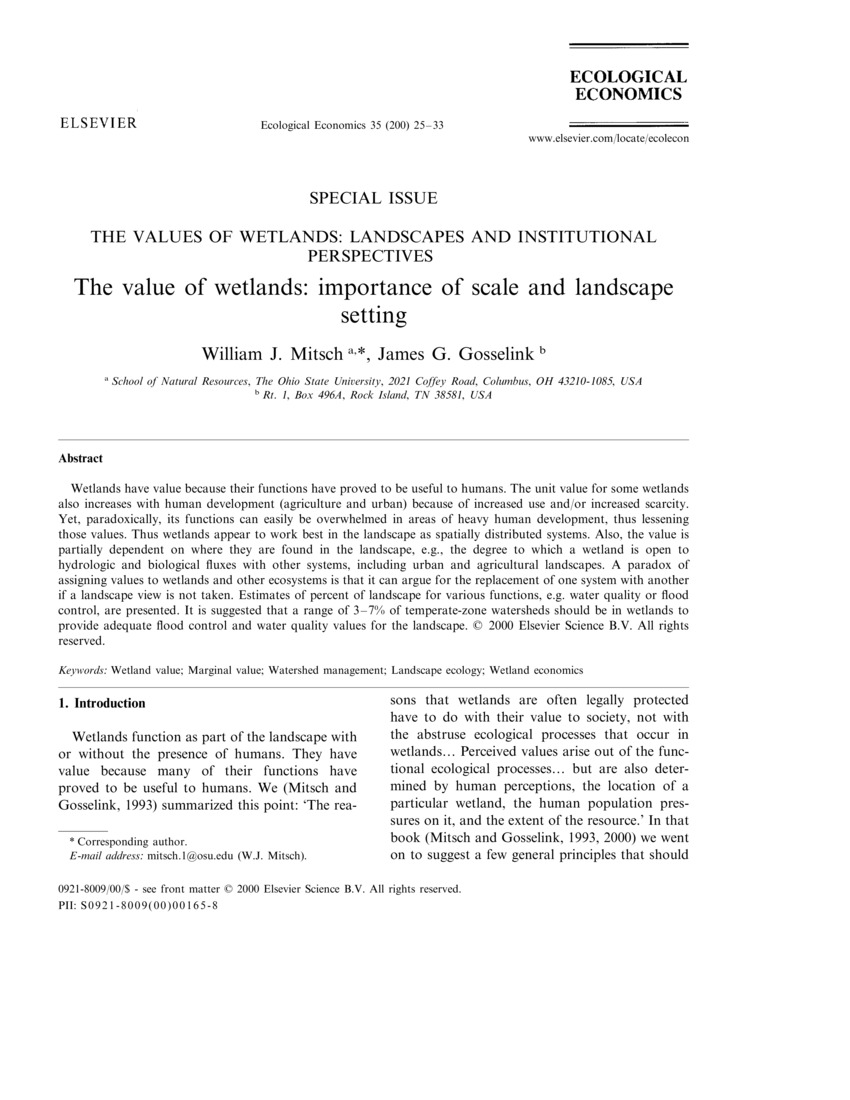