The combined rate for 21 Wood Stork (Mycteria americana) colonies during 2003-2005 was 1.19 Ý 0.09 fledglings/nest (N = 4,855 nests). The mean fledging rate of 0.61 fledgling/nest for colonies during 2005 was significantly less than the rate of 1.47 fledglings/nest in 2003 and 1.43 fledglings/nest in 2004. A comparison of the annual fledging rates for a subset of 13 colonies monitored during all three years indicates the overall probability of fledging >1 nestling was significantly greater in both 2003 (69.7%) and 2004 (69.8%) than in 2005 (38.5%). Though the probability of fledging one stork was similar among years (range 9.7-12.0%), the probabilities of 0, 2, or >3 fledglings were significantly different in 2005 than in either 2003 and 2004. Colony size and longitude had no significant effect on mean colony productivity. However, latitude did have a significant positive effect on colony productivity. Thus, colonies farther north in Florida tended to exhibit greater productivity. The colonies in the northeastern and northwestern regions of the state generally had greater fledging rates than did colonies farther south in Florida, especially the southeast region. This study also identified objectives for management activities and future research. There is a need to develop an unbiased estimator of productivity that takes into consideration the lack of nesting during some years, which would allow managers to more accurately estimate stork productivity at the regional level. Because some colonies out perform others, an index-type system of colonies should be developed to designate colonies that perform above a modeled fledging rate, thus offering long-term insight into stork productivity. A re-examination of the productivity indices listed in the Wood Stork Recovery Plan is needed to ensure the current status of the U.S. breeding population. 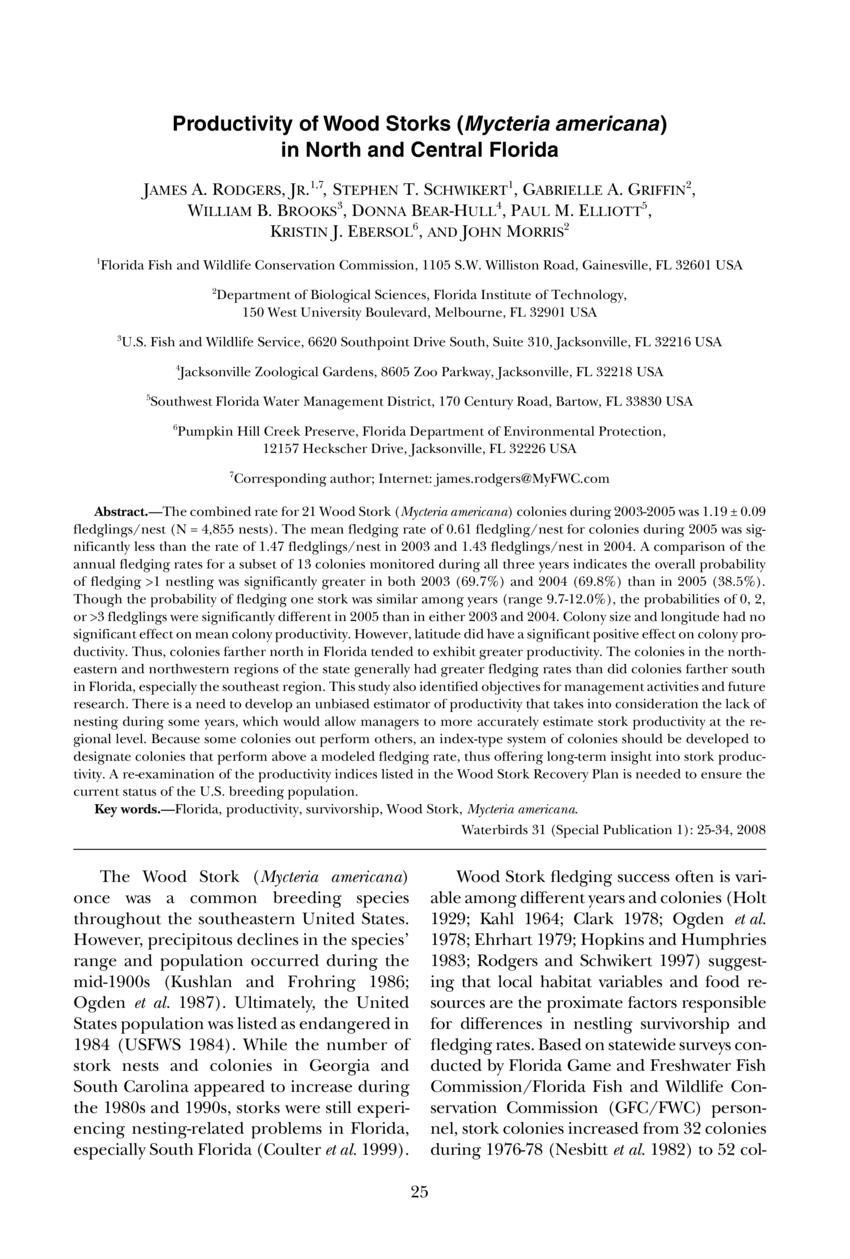