While not a high priority issue for most people, the public has long recognized the general importance of wetlands. Since President George H.W. Bush's campaign in 1988, successive administration have pledged to ensure there would be "no net loss" of wetlands. Despite these continuous presidential pledges to protect wetlands, in recent decades, as more and more people have moved to coastal and waterside properties, the economic benefits from developing wetlands (and political pressures on obstacles to development) have significantly increased. Seeking to mediate the conflict between no net loss of wetlands and development pressures, the U.S. Environmental Protection Agency (EPA) and Army Corps of Engineers (Corps) have employed a range of policy instruments to slow and reverse wetlands conversion. Through the 1970s and 1980s, the EPA and the Corps relied on prescriptive regulation that discouraged development of wetlands and, even if a permit for wetland filling were granted, required on-site mitigation of destroyed wetlands to ensure no net loss. To defuse the growing political pressure for substantial change to this "404 Permit" process for developing wetlands, however, since the 1990s the agencies and state governments have promoted a market mechanism that seeks to ensure wetlands conservation at minimum economic and political cost. ... 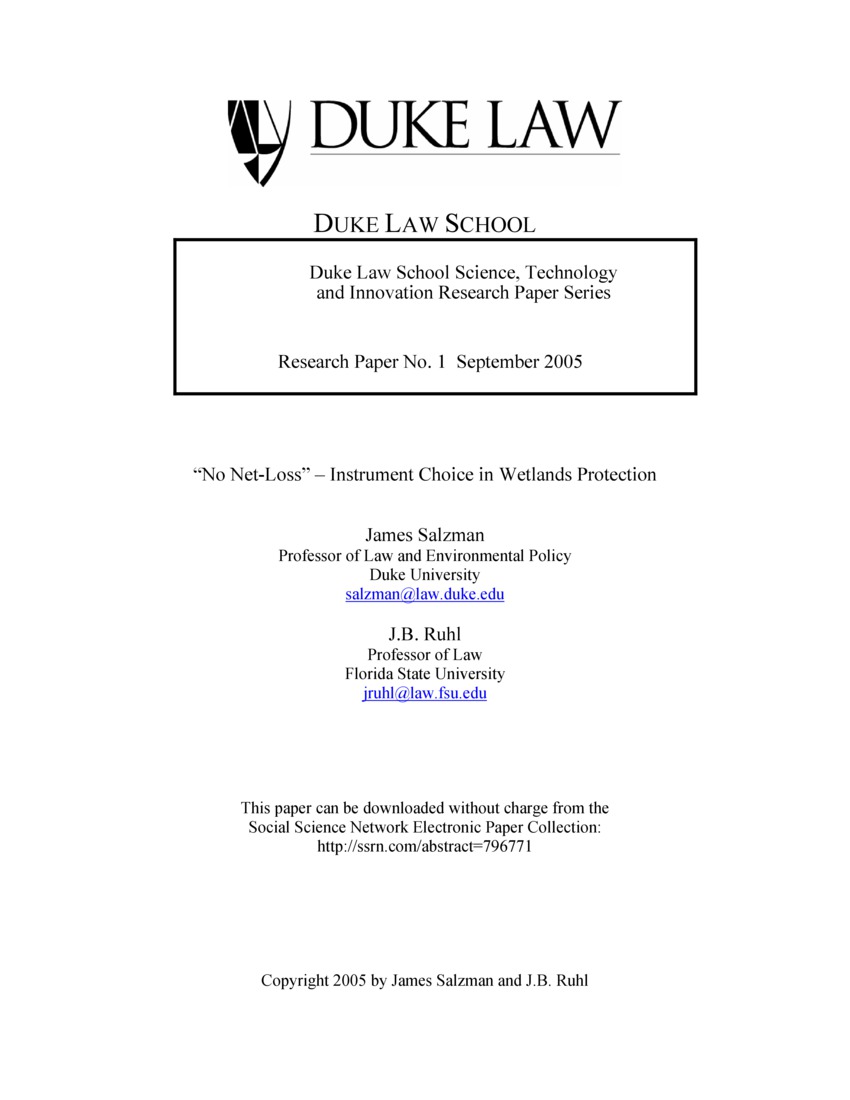