CURRENT STATUS: The Atlantic Coast piping plover (Charadrius melodus) population breeds on coastalbeaches from Newfoundland to North Carolina (and occasionally in South Carolina) and winters along theAtlantic Coast from North Carolina south, along the Gulf Coast, and in the Caribbean. Since being listed asthreatened in 1986, the population has increased from approximately 800 pairs to almost 1350 pairs in 1995;however, most of the apparent increase between 1986 and 1989 is attributable to increased survey effort in twoStates, and the population increase between 1989 and 1995 has been very unevenly distributed. Since 1989, theNew England subpopulation has increased 346 pairs, while the New York-New Jersey and the Southern (DE-MD-VA-NC) subpopulations gained 62 and 18 pairs respectively, and the Atlantic Canada subpopulationdeclined by 34 pairs. Substantially higher productivity rates have also been observed in New England thanelsewhere in the population’s range. Recovery of the Atlantic Coast piping plover population is occurring in thecontext of an extremely intensive protection effort now being implemented on an annual basis. Pressure onAtlantic Coast beach habitat from development and human disturbance is pervasive and unrelenting, and thespecies is sparsely distributed. 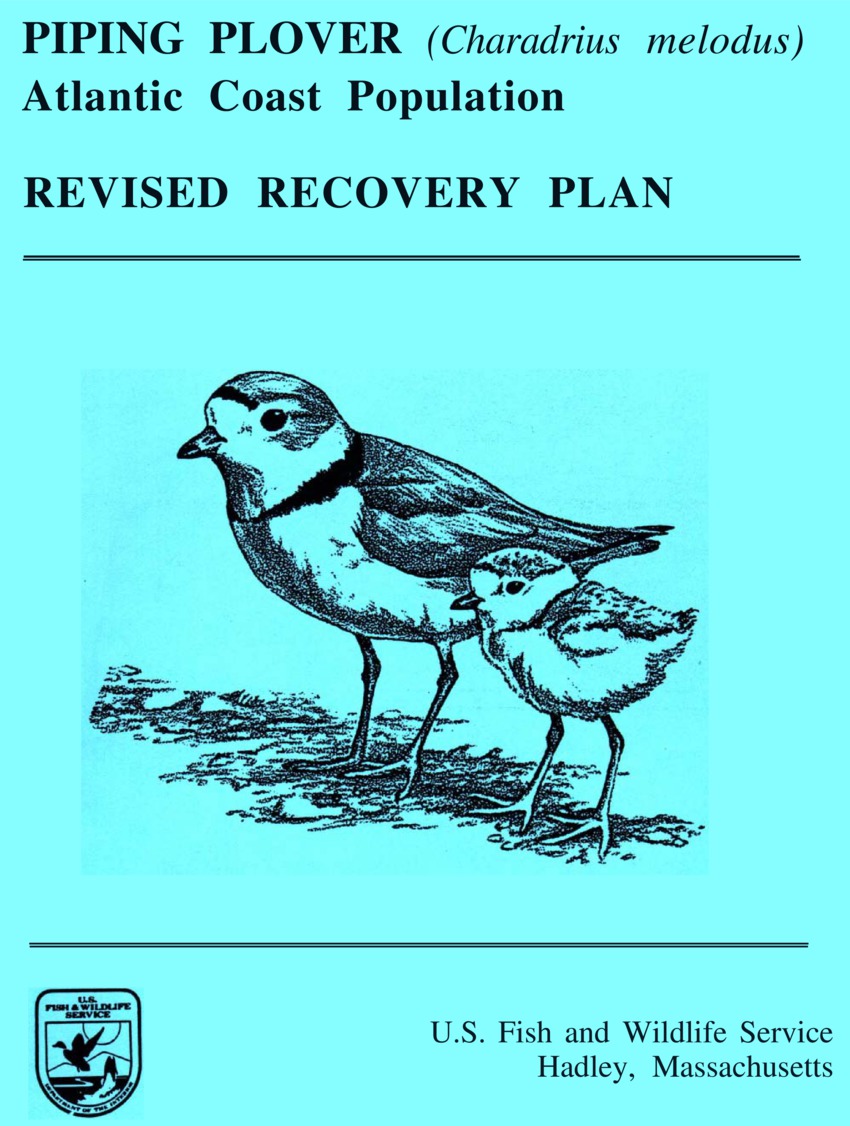