The Bald Eagle is an Endangered Species Act success story. Forty years ago, our national symbol was in danger of extinction throughout most of its range. Habitat destruction and degradation, illegal shooting, and the contamination of its food source, largely as a consequence of DDT, decimated the eagle population. Habitat protection afforded by the Endangered Species Act, the federal government’s banning of DDT, and conservation actions taken by the American public have helped Bald Eagles make a remarkable recovery. 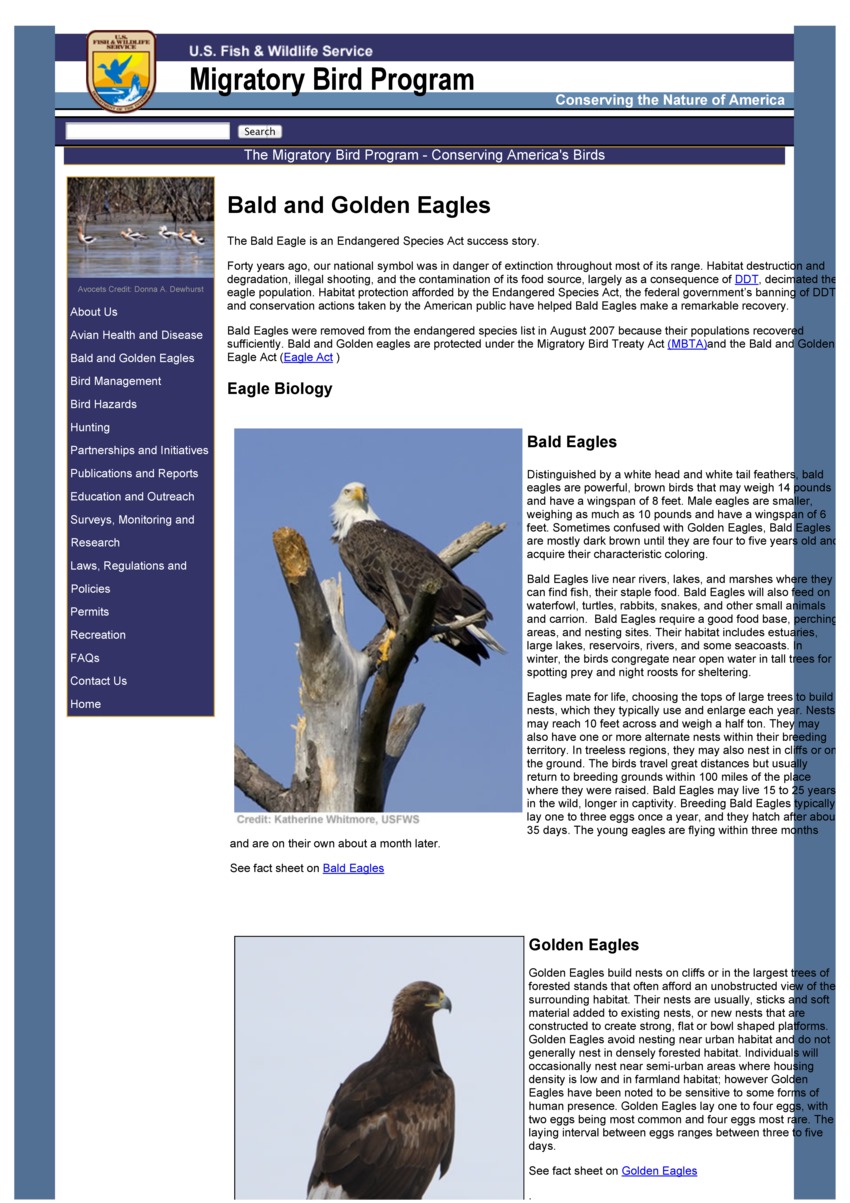