Polycyclic aromatic hydrocarbons (PAHs) can cause a variety of effects in early life-stages of fish that have been chronically exposed as embryos, including mortality, deformities, and edemas. Mechanistic models of the chronic toxicity of complex mixtures of PAHs in fish have not been reported, with the exception of a previously untested model based on the lipids of fish as the site of action and toxicity caused through a narcosis mechanism. Four mechanism-based models of the chronic toxicity of embryonic exposures to complex mixtures of petrogenic PAHs in two species of fish, Pacific herring and pink salmon, were evaluated using a toxic-units approach: narcosis, aryl hydrocarbon receptor (AhR) agonism, alkyl phenanthrene toxicity, and combined toxicity. Alkyl phenanthrenes were the predominant PAH constituent determining early life-stage toxicity in both herring and salmon. The alkyl phenanthrene model had 67 to 80% accuracy in predicting the absence or presence of significant early life-stage toxicity, compared with a 40 to 50% accuracy and general underprediction of toxicity with the narcosis model. PAHs with high relative AhR affinity did not appear to contribute substantially to the observed early life-stage toxicity because of low concentrations of the most potent AhR agonists. Narcosis appeared to primarily contribute to embryo mortality and to be predominantly controlled by the concentration of naphthalenes. Except for the highest PAH exposure to herring, the primary toxic unit contribution to the combined toxicity model was alkyl phenanthrene toxicity to both herring and salmon. We recommend the continued use of total PAHs as a metric of exposure until mechanistic models have been further evaluated. 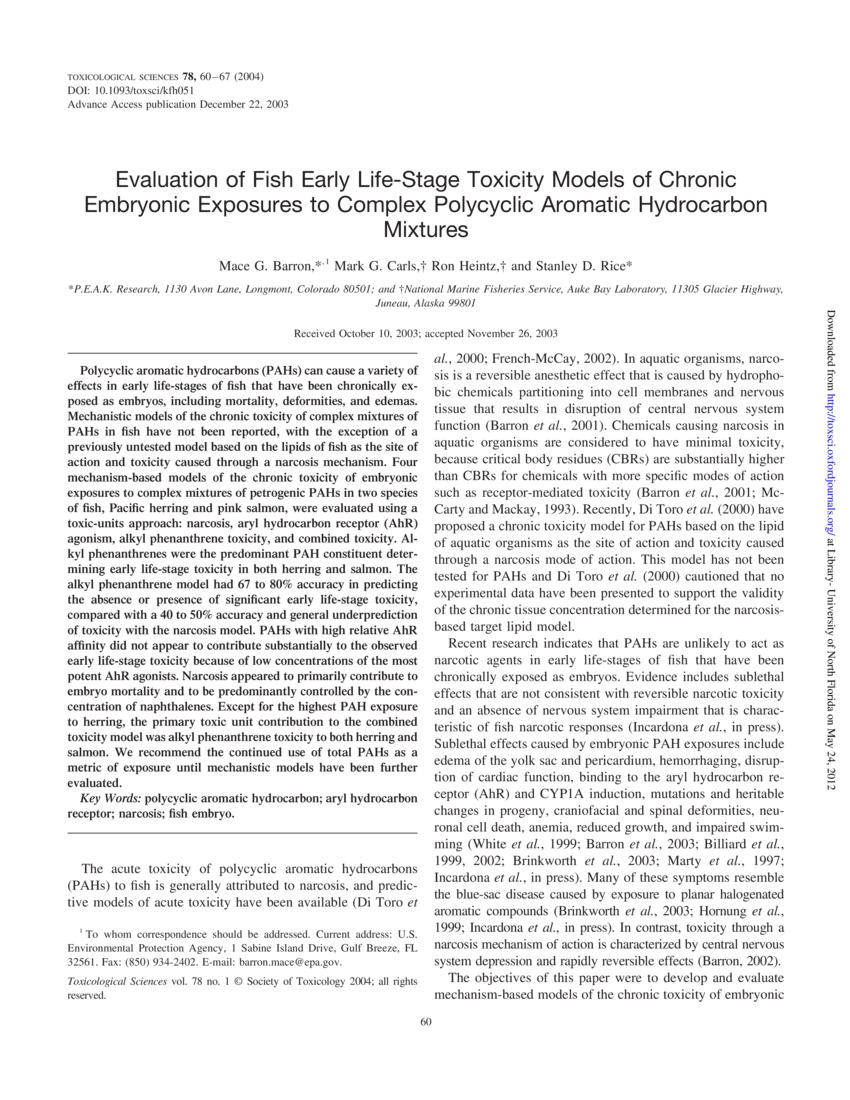