Polychlorinated biphenyls (PCBs) are widespread, low-level environmental pollutants associated with adverse health effects such as immune suppression and teratogenicity. There is increasing evidence that some PCB compounds are capable of disrupting reproductive and endocrine function in fish, birds, and mammals, including humans, particularly during development. Research on the mechanism through which these compounds act to alter reproductive function indicates estrogenic activity, whereby the compounds may be altering sexual differentiation. Here we demonstrate the estrogenic effect of some PCBs by reversing gonadal sex in a reptile species that exhibits temperature-dependent sex determination. 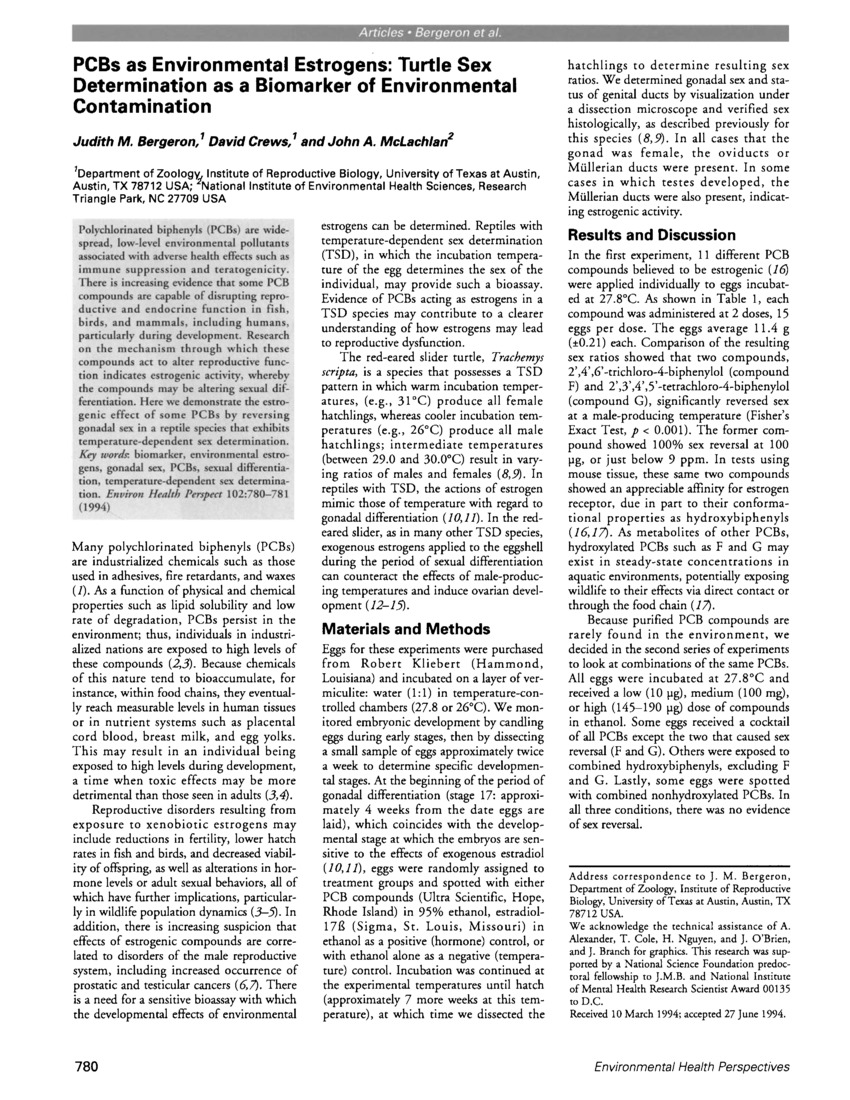