Validation Study of the Acute Biotic Ligand Model for Silver

An important final step in development of an acute biotic ligand model for silver is to validate predictive capabilities of the biotic ligand model developed for fish and invertebrates. To accomplish this, eight natural waters, collected from across North America, were characterized with respect to ionic composition, pH, dissolved organic carbon, and sulfide. Tests were conducted with the cladoceran Ceriodaphnia dubia (48-h static) and the fish Pimephales promelas (96-h static renewal) to determine the concentrations causing lethality to 50% of the organisms (LC50s) for silver in each of these waters. Overall, the biotic ligand model adequately predicted silver toxicity to C. dubia; however, in some cases, predicted LC50 values exceeded measured values. The accuracy of the biotic ligand model predictions was less convincing for silver toxicity to P. promelas with pronounced problems in low–ionic strength waters. Another issue was the use of acclimated organisms in toxicity studies because the biotic ligand model has been developed with the use of a mix of studies with acclimated and nonacclimated test organisms of varying ages and sizes. To evaluate whether effects of acclimation to test waters influence biotic ligand model predictions, a subset of the natural waters were also tested with P. promelas that had been acclimated to the natural water for 7 d before testing. These experiments revealed no differences in toxicity between acclimated and nonacclimated P. promelas. To determine the influence of organism size, which has been previously correlated to Na+ turnover and acute silver toxicity across multiple species, Na+ and Cl? influx rates were measured in P. promelas of different sizes. Our results show that Na+ and Cl? influx rates were inversely related to fish mass and positively correlated with silver sensitivity. 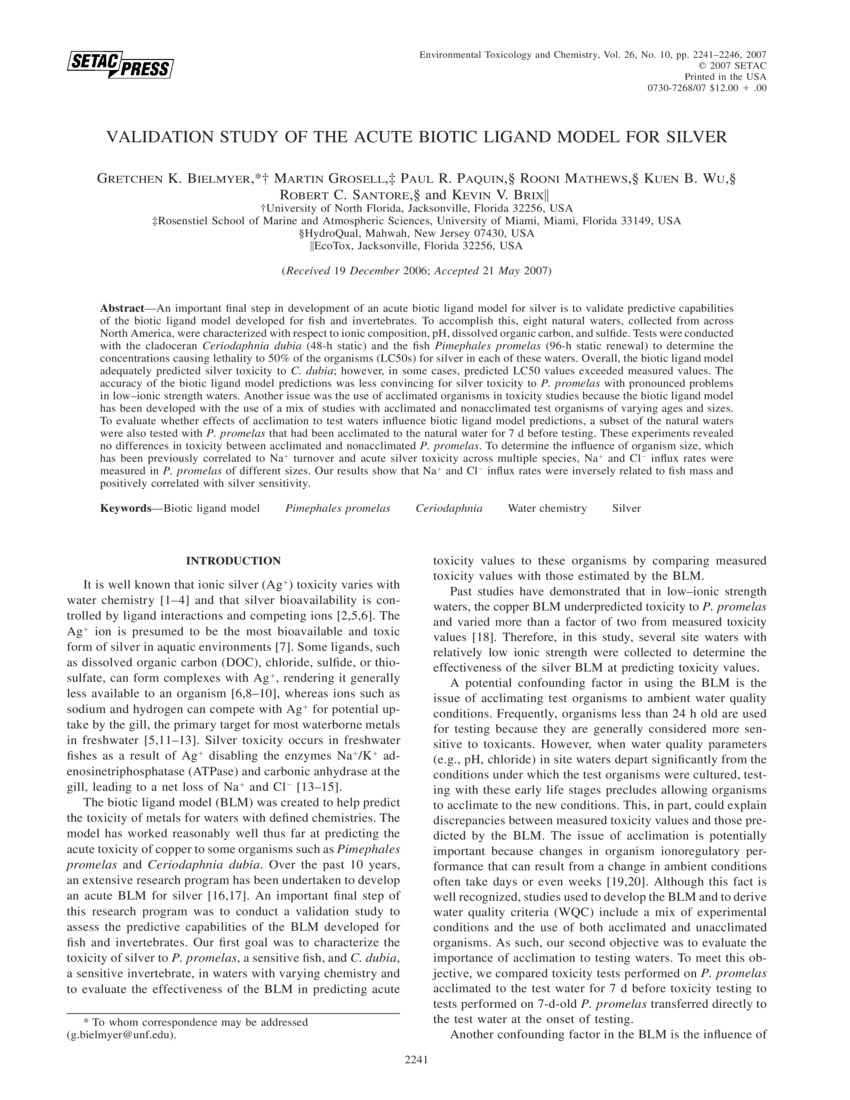