Nickel (Ni) is a common pollutant found in aquatic environments and may be harmful at elevated concentrations. Increasing salinity has been shown to decrease the bioavailability and toxicity of other metals to aquatic organisms. In the present study, acute Ni toxicity experiments (96-h) were conducted at various salinities (0–36 ppt) to determine the effects of salinity on Ni toxicity to 2 euryhaline fish species, Kryptolebias marmoratus and Fundulus heteroclitus. Nickel concentrations causing lethality to 50% of the fish ranged from 2?mg/L in moderately hard freshwater to 66.6?mg/L in 36 ppt saltwater. Nickel toxicity to F. heteroclitus decreased linearly with increasing salinity; however, Ni toxicity to K. marmoratus was only lowered by salinities above 6 ppt, demonstrating potential physiological differences between the 2 species when they are functioning as freshwater fish. Furthermore, the authors investigated the influence of Mg2+, Ca2+, Na+, and Cl– on Ni toxicity to F. heteroclitus. Freshwater with up to 120?mg/L Ca2+ as CaSO4, 250?mg/L Mg2+ as MgSO4, or 250?mg/L Na+ as NaHCO3 did not provide protection against Ni toxicity. Alternatively, 250?mg/L Na+, as NaCl, was protective against Ni toxicity; and the extent of protection was similar to that demonstrated from salt water with the same Cl– concentration. These results suggest that Cl– is the predominant ion responsible for reducing Ni toxicity to K. marmoratus and F. heteroclitus in higher salinity waters. 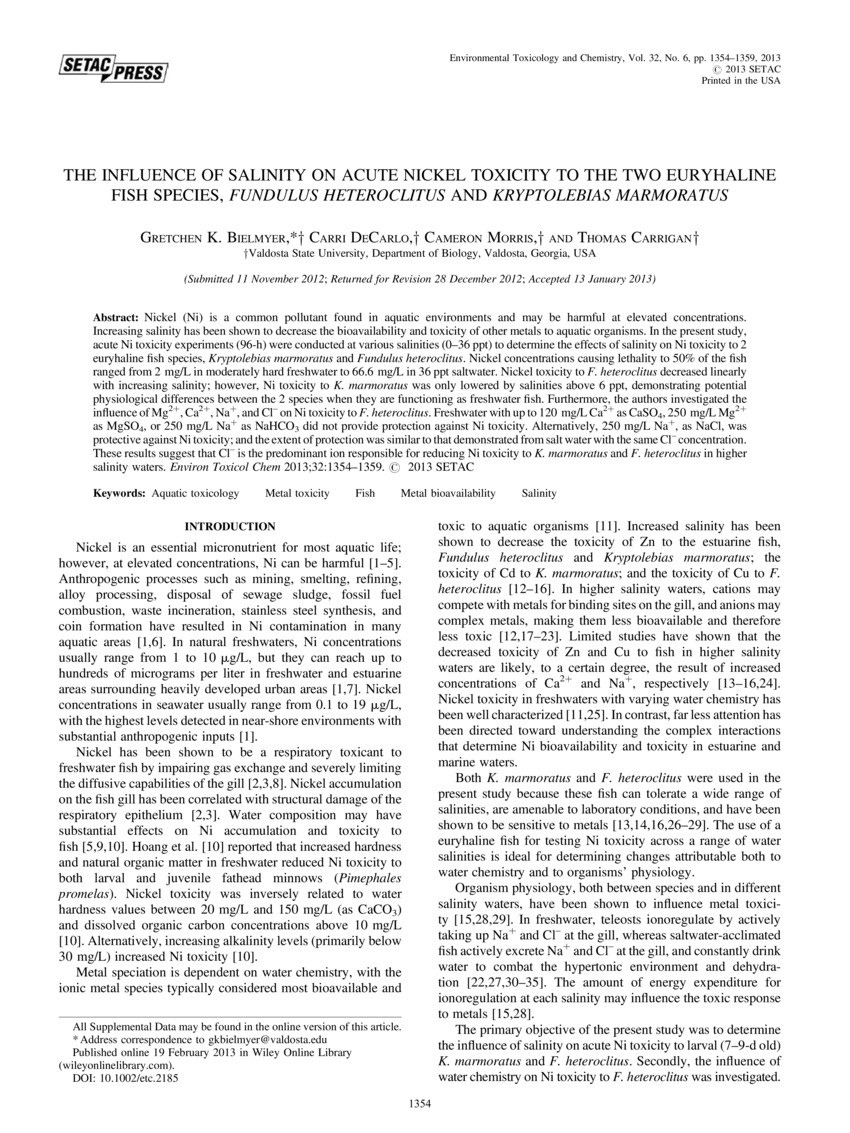