An In Situ Study on the Distribution, Biotransformation and Flux of Polycyclic Aromatic Hydrocarbons (PAHs) in an Aquatic Food Chain (Seston-Mytilus edulis L.-Somateria mollissima L.) from the Baltic: An Ecotoxicological Perspective

This in situ study is focusing on the distribution, biotransformation and flux of 19 polycyclic aromatic hydrocarbons (PAH19) in the food chain seston-blue mussel (Mytilus edulis L.)-common eider duck (Somateria mollissiima L.) as well as the distribution in the gallbladder, liver, adipose tissue and egg of the duck. All samples were collected within the open northern Baltic proper coastal areas. Analyses were carried out by gas chromatography/mass spectrometry with electron impact (GC-MSEI) and negative ion chemical ionization (GC-MSNICI). With a multivariate statistical method (SIMCA) a significant change in the PAH composition through the food chain was found. This change probably depends on an increasing metabolic activity with increasing trophic level, due to a selective biotransformation capacity for different PAHs. Decreasing PAH concentrations with increasing trophic level were found. The PAH concentrations in the different eider duck organs were: gallbladder > adipose tissue >= liver. The theoretical inhalation of air-dispersed PAHs was of no significance compared to the exposure from food. The relatively high theoretical PAH flux through the food chain did not result in increasing concentrations with increasing trophic level, which indicates that PAHs are biotransformed quite fast. However, many intermediate metabolites of PAHs have a mutagenic and carcinogenic potential, which makes it important to observe these compounds when assessing ecotoxicological risks. 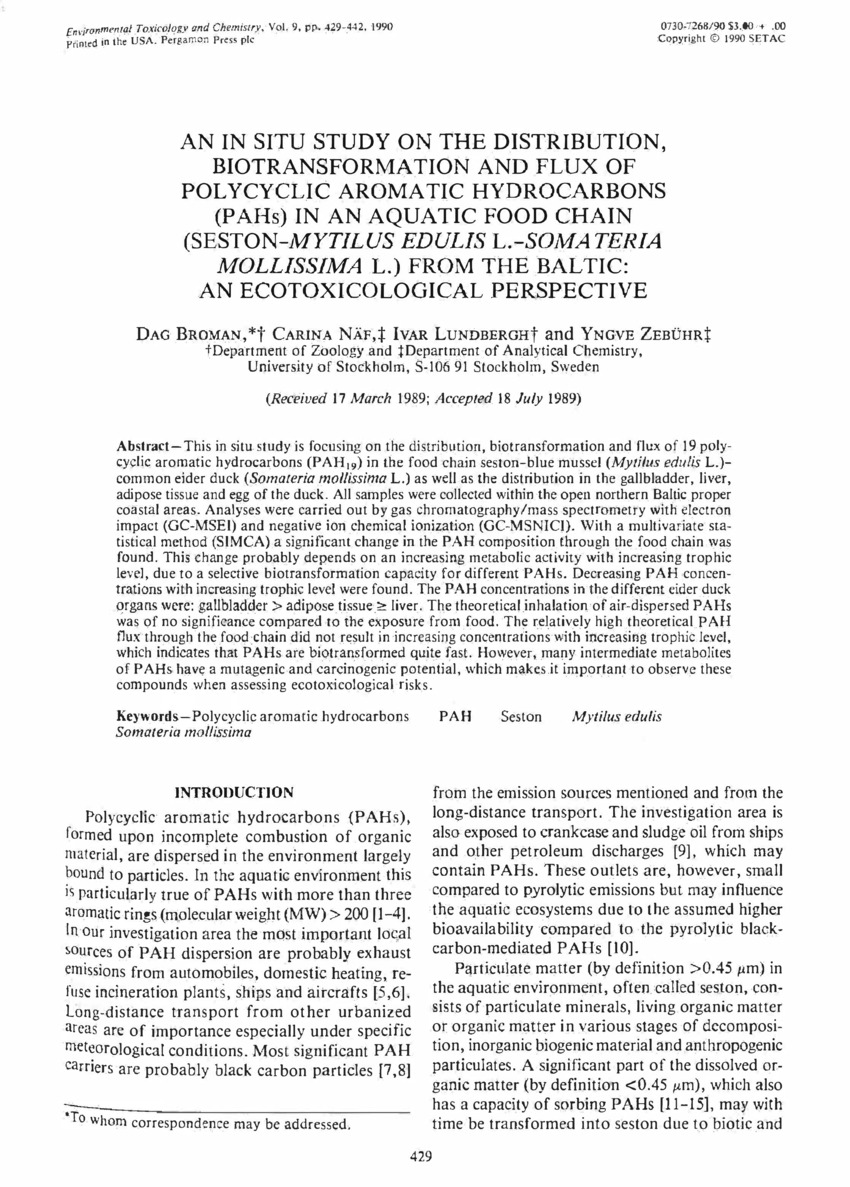