The chronic effects of polycyclic aromatic hydrocarbons (PAHs) on ovary development, total hepatic lipids and plasma sex- and corticosteroid levels in female flounder (Platichthys flesus) were examined. Sexually mature feral female flounder were exposed via the diet to phenanthrene (0.5, 2.5 or 12.5 nmol/g food) or chrysene (0.4 nmol/g food) for 12 weeks, during the previtellogenic phase of the annual reproductive cycle. PAH exposure did not directly affect germ cell development since no structural and/or developmental differences were observed between control and exposed fish. On the contrary, all treatments resulted in altered plasma steroid levels. The most pronounced effect was the significant decrease in plasma 17?-estradiol to 19±11%, 27±7%, 63±20% and 61±12% in relation to control fish, respectively, in flounders exposed to 12.5, 2.5 or 0.5 nmol phenanthrene/g food and 0.4 nmol chrysene/g food. Impaired ovarian growth was not observed, most likely because experiments were ended before the period of vitellogenesis, even though a non-significant general decline in total hepatic lipids could be observed. Moreover, all exposed flounders, except fish fed with the highest amount of phenanthrene, showed a negative correlation between plasma 17?-estradiol and 17?-hydroxyprogesterone levels (r=?0.46). One possible explanation is that PAH action may be mediated by a specific inhibition of steroidogenic enzymes. These findings provide evidence that selected PAHs are antiestrogenic xenobiotics with the capability to impair female teleost reproductive function. 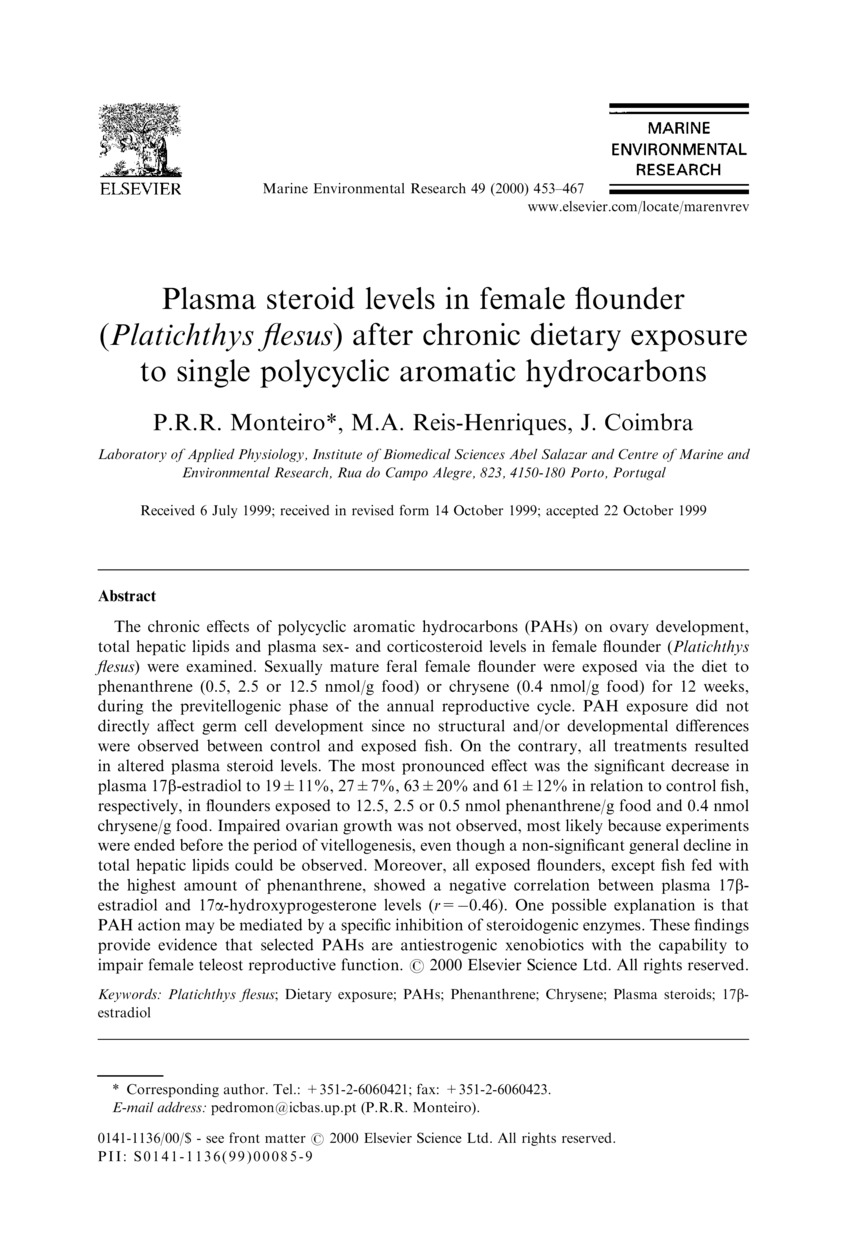