Zinc (Zn) is an essential micronutrient to aquatic organisms, but increased concentrations may result in accumulation and toxic effects. Water chemistry is known to influence the uptake of Zn in aquatic biota; therefore, organisms inhabiting environments with variable salinities may exhibit different patterns of Zn accumulation. Likewise, metal uptake can vary in fish as a consequence of ionoregulatory status (acclimated to freshwater or saltwater). The euryhaline fish, Fundulus heteroclitus, was exposed to a control and two increased Zn concentrations (15 and 75 ?g/L in moderately hard freshwater and 100 and 1,000 ?g/L in 35 g/L saltwater) for 7 days. The ionic Zn concentrations were equivalent in the 75 ?g/L Zn treatment in freshwater and the 100 ?g/L Zn treatment in saltwater. Throughout the 7-day experiments, fish were dissected, and organ Zn distribution was quantified in the gill, intestine, liver, gall bladder, heart, and carcass. Different patterns of Zn accumulation were observed in F. heteroclitus dependent on exposure medium. Despite lower exposure concentrations, F. heteroclitus accumulated more Zn in freshwater than in saltwater in all of the organs analyzed with the exception of the carcass. In addition, there were correlations between Zn distribution and known physiological mechanisms related to osmoregulation in F. heteroclitus. Furthermore, this research suggests that F. heteroclitus are more susceptible to Zn accumulation in freshwater environments. 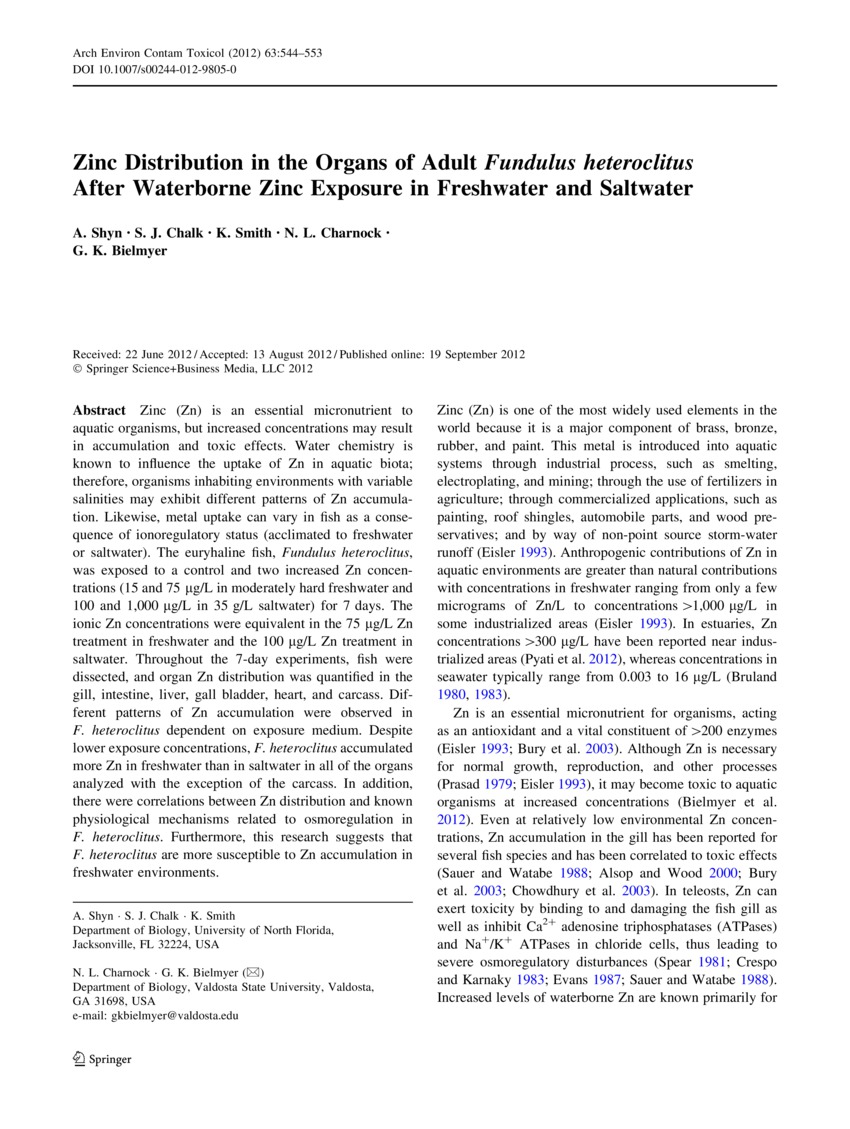