Water Withdrawals, Use, and Trends in Florida, 2005 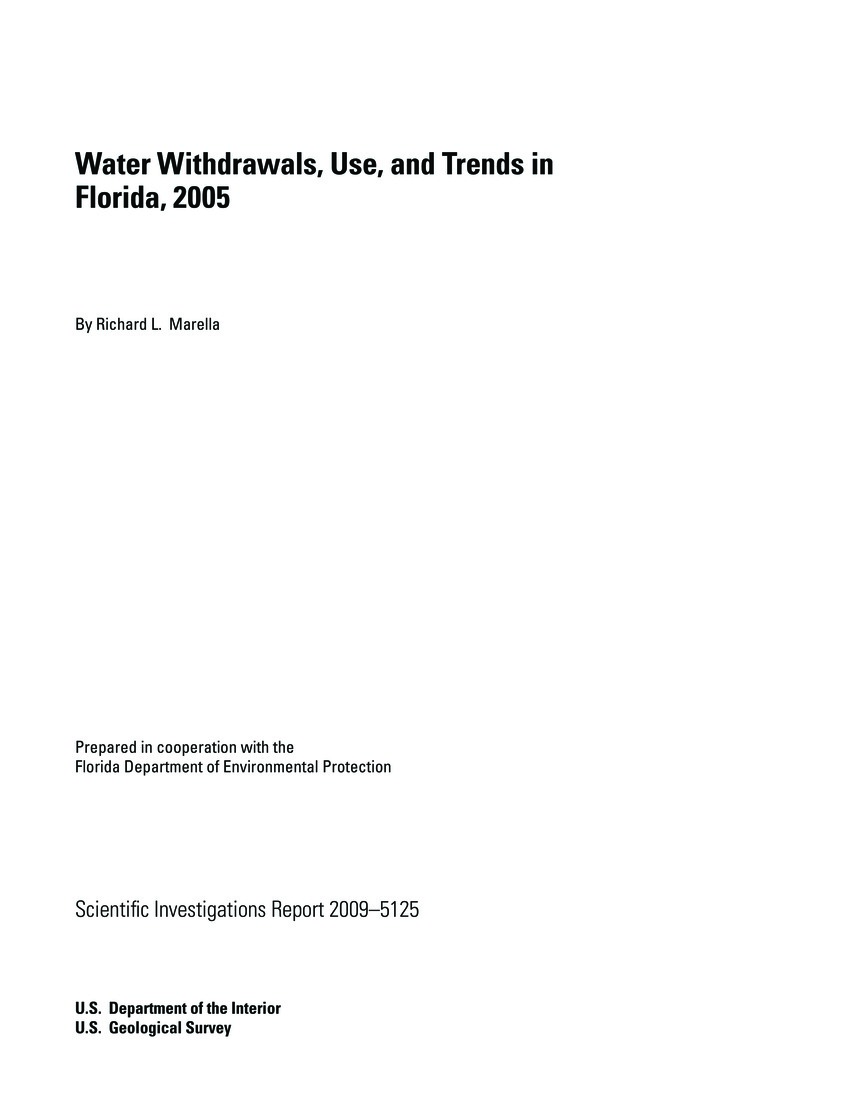