Recent wetland area trends were estimated from the National Resources Inventory (NRI) for nonfederal rural lands for the period 1982–1987. NRI-based estimates of wetland area for states comprising the conterminous United States were highly correlated with estimates made by the US Fish and Wildlife Service and with estimates of coastal salt marsh wetlands made by the National Oceanic and Atmospheric Administration. Net wetland area declined by 1.1% (?363,200 ha) during the five-year study period. Conversion to open water, primarily caused by natural flooding in western inland basins, was responsible for altering extensive wetland areas (?171,400 ha). Of the human-induced wetland conversions, urban and built-up land was responsible for 48% of the wetland loss, while agricultural development was indicated in 37% of the converted wetland area. A decrease in rural land, and increases in both population, and urban and built-up land were associated with wetland loss among states. Potential reasons for wetland loss were different in 20 coastal states than in 28 inland states. Proportionately, wetland loss due to development was three times greater in coastal states than inland states, while agriculturally induced wetland losses were similar in both groups. The proportionate declines of forested vs nonforested wetlands were not significantly different among states. 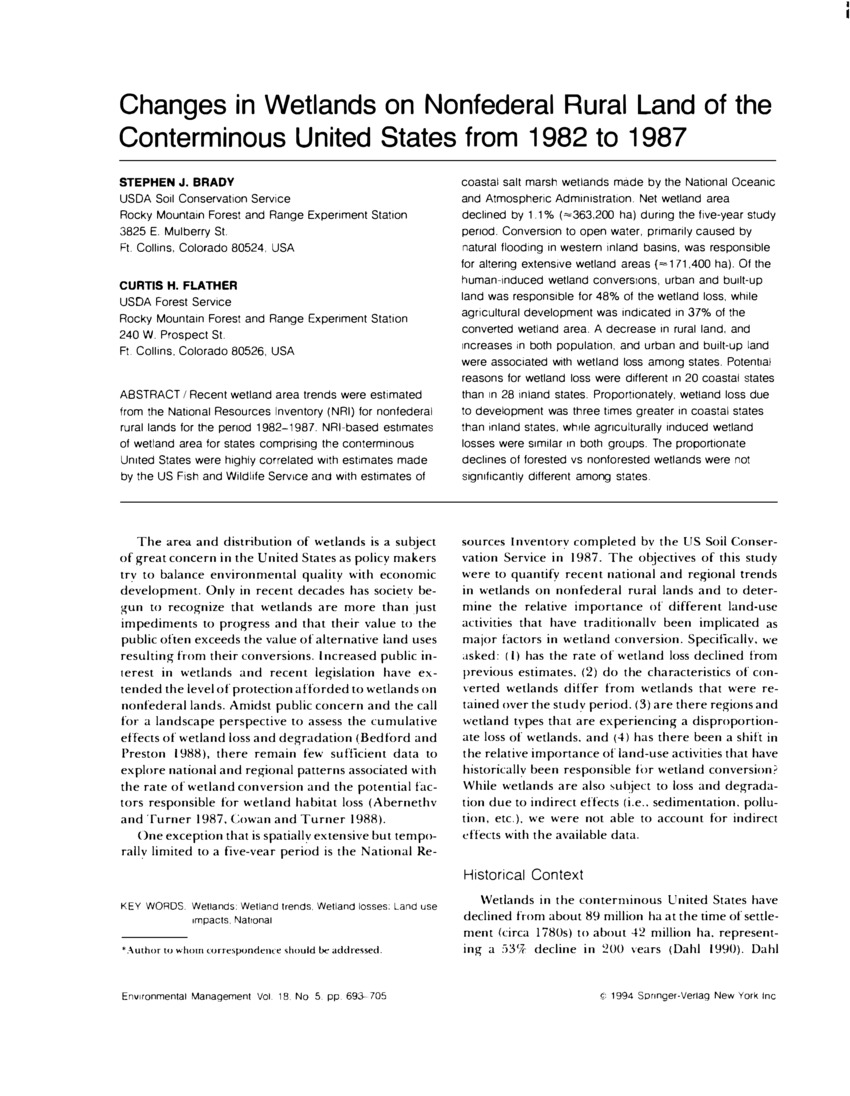