Mollusca is one of the most diverse groups of animals on the planet, with at least 50,000 living species (and more likely around 200,000). It includes such familiar organisms as snails, octopuses, squid, clams, scallops, oysters, and chitons. Mollusca also includes some lesser known groups like the monoplacophorans, a group once thought to be extinct for millions of years until one was found in 1952 in the deep ocean off the coast of Costa Rica. 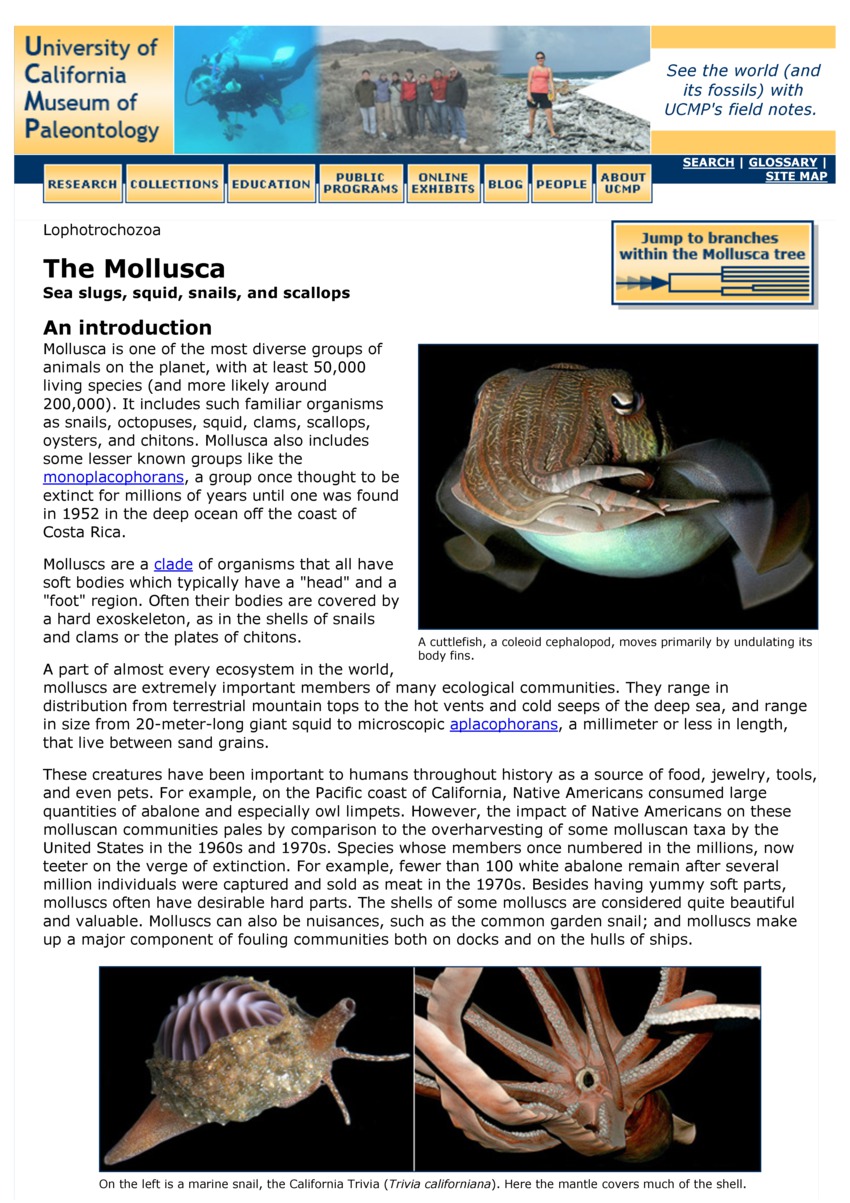