Colonially-nesting birds often nest in coastal areas, along rivers, or near other bodies of water that also are potentially polluted from industrial, agricultural or urban development. The levels of heavy metals and selenium were examined in the feathers of young wood storksMycteria americana nesting in Northeastern Florida and from adult and young storks nesting on the Tempisque River on the west coast of Costa Rica. There were no significant yearly differences among the chicks from Costa Rica. Concentration of mercury, cadmium, and lead were significantly higher in the chicks from Florida compared to those from Costa Rica. Adult wood storks at Costa Rica had significantly higher levels of lead, cadmium, selenium, and manganese than young from the same colony. 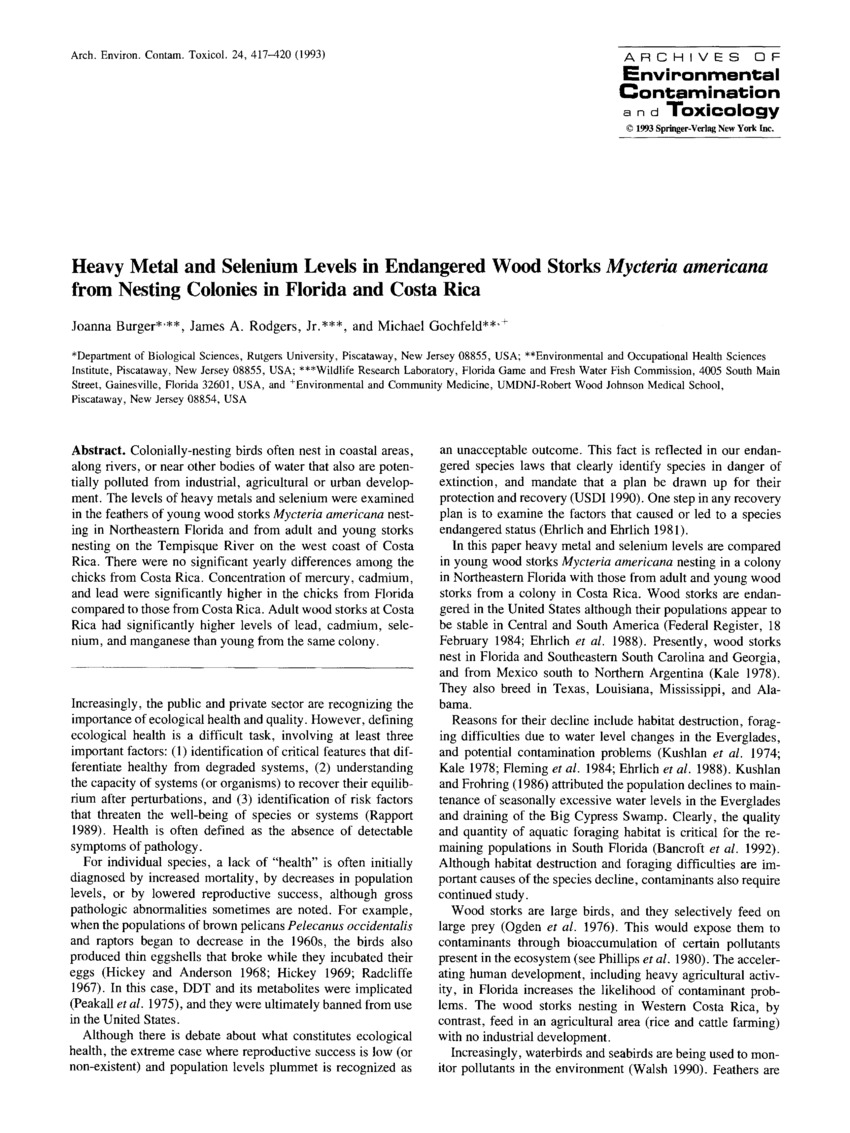