Introduction to the Nemertini: Tied Up in Knots...

There are about 900 known species in the phylum Nemertini (also spelled Nemertina or Nemertea by different authors). Nemertines are known as 'ribbon worms' because of the great length of many species; the European nemertine Lineus longissimus has been known to reach 30 meters (nearly 100 ft) in length, although most are much shorter. Most nemertines are marine, but there are a few freshwater species, and even a few species that live in moist tropical habitats on land. The beautifully banded marine nemertine shown to the left, Basiodiscus mexicanus, was photographed at Los Arcos, near Puerto Vallarta, Mexico.

Citation: Collins AG. 2001. Introduction to the Nemertini: Tied Up in Knots.... Berkeley, CA: University of California Museum of Paleontology. http://www.ucmp.berkeley.edu/nemertini/nemertini.html 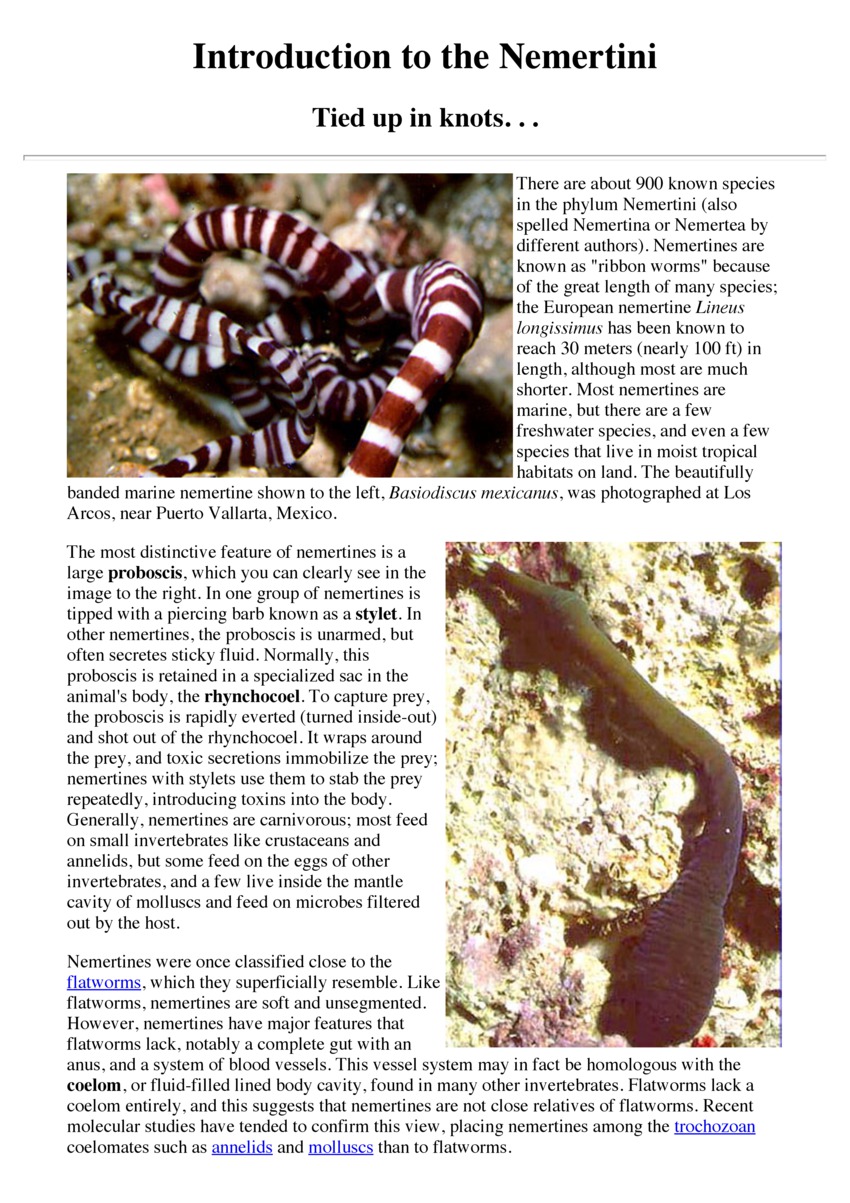