Urbanization Impacts on the Structure and Function of Forested Wetlands

The exponential increase in population has fueled a significant demographic shift: 60% of the Earth's population will live in urban areas by 2030. While this population growth is significant in its magnitude, the ecological footprint of natural resource consumption and use required to sustain urban populations is even greater. The land use and cover changes accompanying urbanization (increasing human habitation coupled with resource consumption and extensive landscape modification) impacts natural ecosystems at multiple spatial scales. Because they generally occupy lower landscape positions and are linked to other ecosystems through hydrologic connections, the cascading effects of habitat alteration on watershed hydrology and nutrient cycling are particularly detrimental to wetland ecosystems. I reviewed literature relevant to these effects of urbanization on the structure and function of forested wetlands. Hydrologic changes caused by habitat fragmentation generally reduce species richness and abundance of plants, macroinvertebrates, amphibians, and birds with greater numbers of invasives and exotics. Reduction in soil saturation and lowered water tables result in greater nitrogen mineralization and nitrification in urban wetlands with higher probability of NO? 3 export from the watershed. Depressional forested wetlands in urban areas can function as important sinks for sediments, nutrients, and metals. As urban ecosystems become the predominant human condition, there is a critical need for data specific to urban forested wetlands in order to better understand the role of these ecosystems on the landscape. 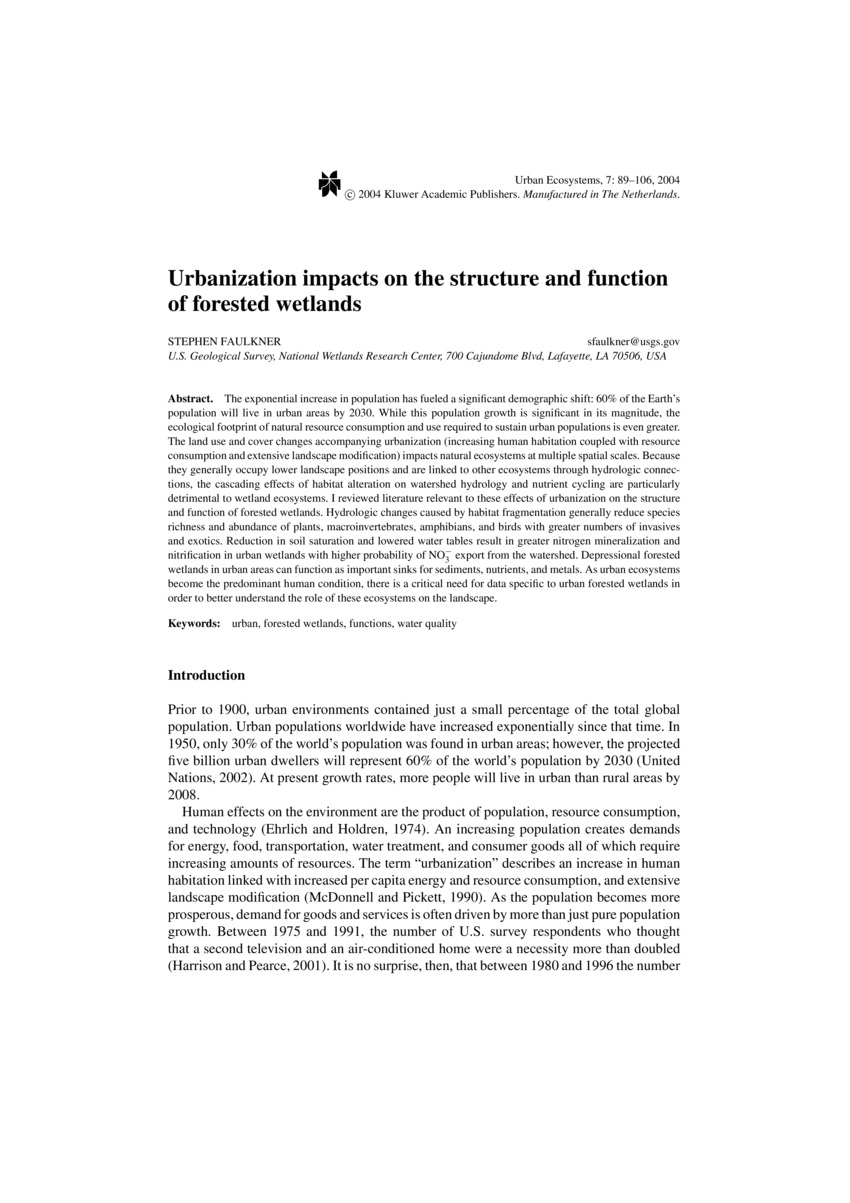