A core group of isopod crustacean genera appears to be present at many coral reef sites. Within these genera, however, species show high local endemicity. Based on the estimated percentage of endemism for the Atlantic (19% for individual sites, 90% for the tropical western Atlantic as a unit), the Indian Ocean (50%), the eastern-central Pacific (80%), and the western Pacific (40%), it is estimated that there are some 5,000 to 13,000 isopod species in the world’s coral reefs, and that some 2,000 to 6,000 of these are endemics. (At present, approximately 4,400 species of marine and 560 species of freshwater isopods have been described.) Based on the crudely estimated relative abundances of other peracaridan crustaceans in coral reefs (compared to isopods), the total diversity of reef amphipods, tanaidaceans, cumaceans, and mysidaceans is approximately 54,500 species. 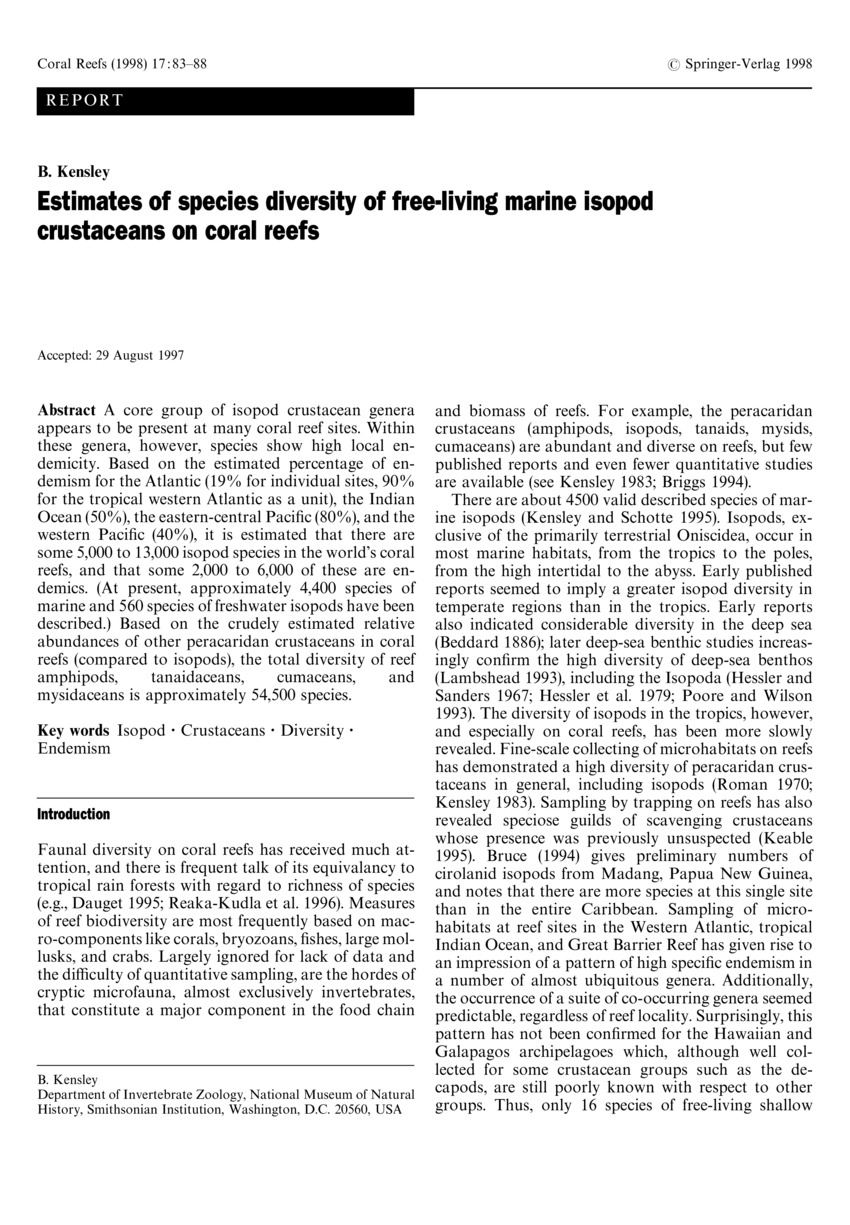