Non-native Bryozoans in Coastal Embayments of the Southern United States: New Records for the Western Atlantic

Bryozoans are among the most common fouling organisms in coastal marine environments around the world, yet their distribution in many coastal areas is not well known. We surveyed the bryozoans in shallow coastal estuaries in the southern United States, focusing on Texas and Florida. We deployed settlement plates across six different estuaries at 61 sites. Thirty-five species of bryozoans were identified, including four non-native species described here for the first time from the United States: Hippoporina indica (Pillai, 1978), Electra bengalensis (Stoliczka, 1869), Sinoflustra annae (Osburn, 1953), and Celleporaria pilaefera (Canu and Bassler, 1929). At all six estuaries, non-native species were among the most common bryozoans. Hippoporina indica was the most abundant bryozoan, occurring in all estuaries sampled. In Jacksonville, Florida, E. bengalensis and S. annae dominated both the numbers and biomass of bryozoans. All four species have probable Indo-West Pacific origins. A literature-based analysis identified 39 additional non-native species of marine invertebrates and algae already established in the region, and over half are considered to have an Indo-West Pacific origin. Ships from Asia are regular visitors to Florida and the Gulf of Mexico, providing a possible mechanism of introduction for the non-native bryozoans. 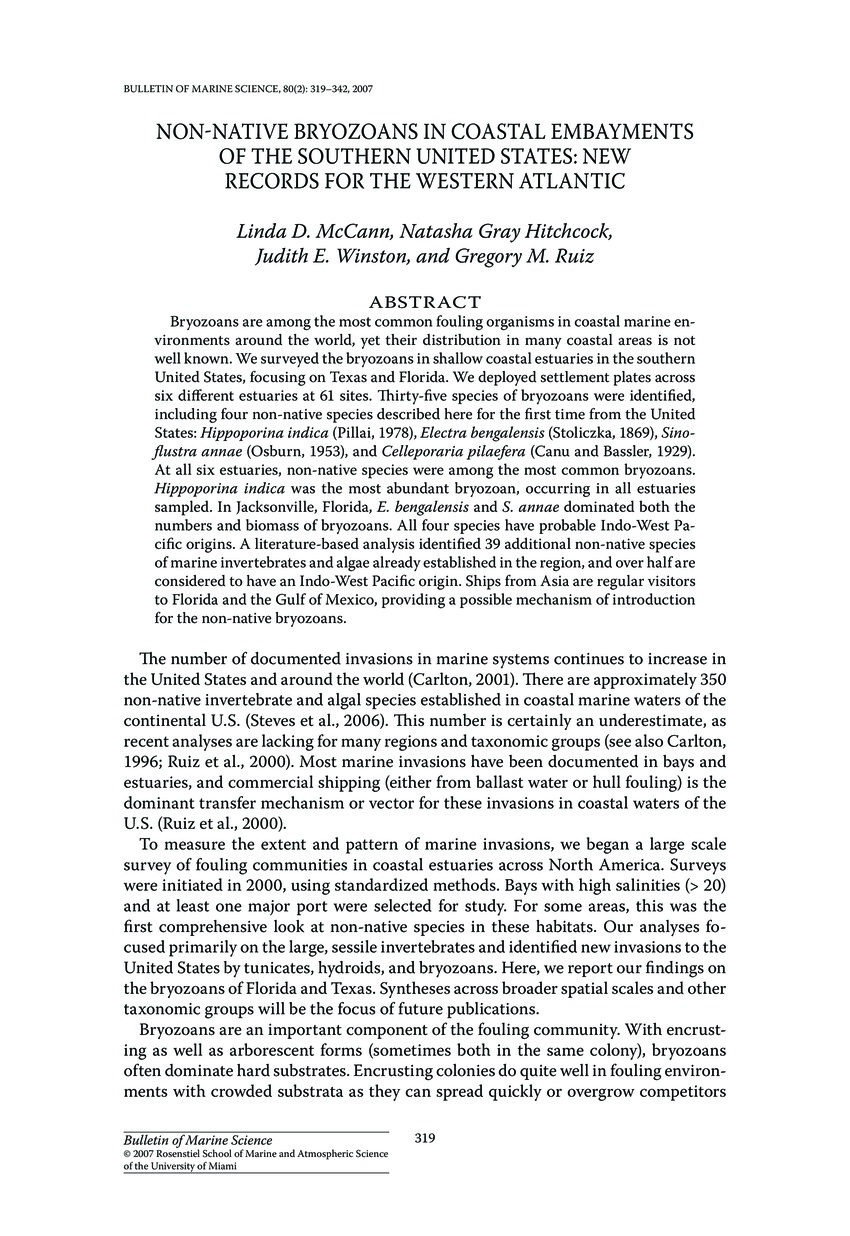