What is most evident in the recent debate concerning new wetland regulations drafted by the U.S. Army Corps of Engineers is that small, isolated wetlands will likely continue to be lost. The critical biological question is whether small wetlands are expendable, and the fundamental issue is the lack of biologically relevant data on the value of wetlands, especially so-called “isolated” wetlands of small size. We used data from a geographic information system for natural-depression wetlands on the southeastern Atlantic coastal plain (U.S.A.) to examine the frequency distribution of wetland sizes and their nearest-wetland distances. Our results indicate that the majority of natural wetlands are small and that these small wetlands are rich in amphibian species and serve as an important source of juvenile recruits. Analyses simulating the loss of small wetlands indicate a large increase in the nearest-wetland distance that could impede “rescue” effects at the metapopulation level. We argue that small wetlands are extremely valuable for maintaining biodiversity, that the loss of small wetlands will cause a direct reduction in the connectance among remaining species populations, and that both existing and recently proposed legislation are inadequate for maintaining the biodiversity of wetland flora and fauna. Small wetlands are not expendable if our goal is to maintain present levels of species biodiversity. At the very least, based on these data, regulations should protect wetlands as small as 0.2 ha until additional data are available to compare diversity directly across a range of wetland sizes. Furthermore, we strongly advocate that wetland legislation focus not only on size but also on local and regional wetland distribution in order to protect ecological connectance and the source-sink dynamics of species populations. 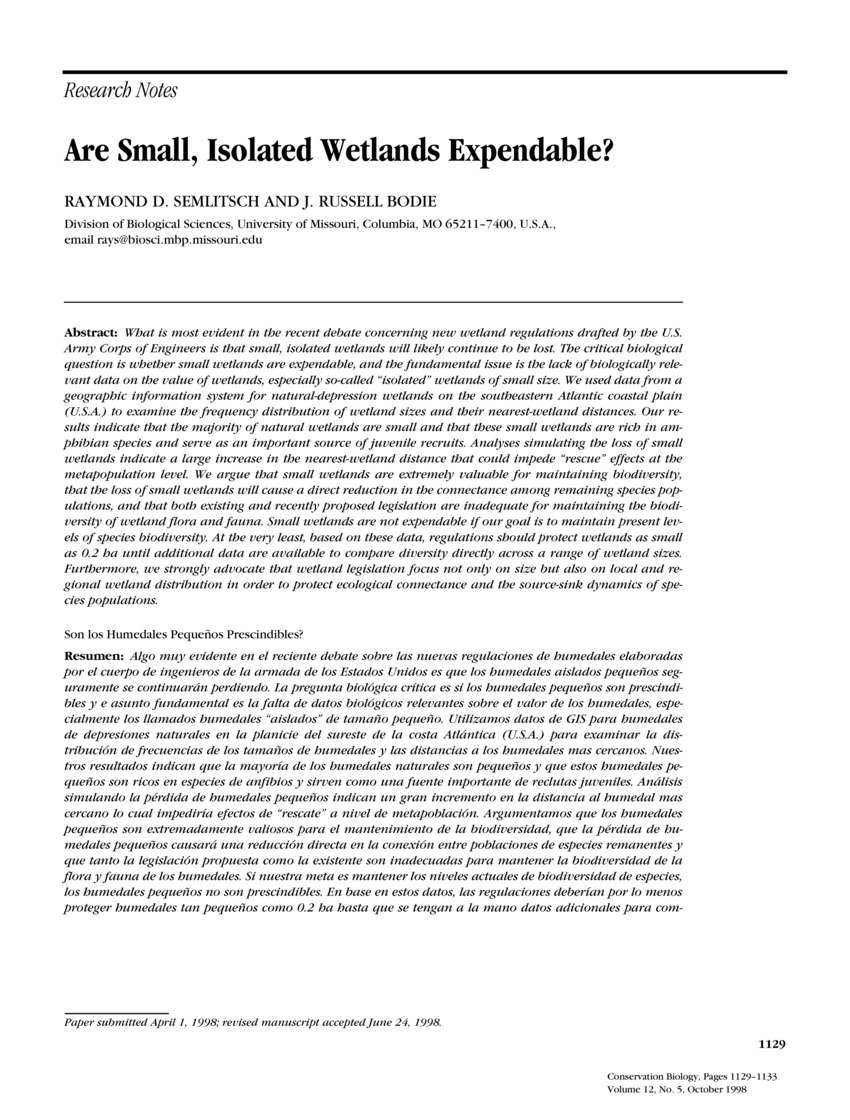