Forest removal represents one of the large-scale ecosystem disturbances that concern water quality degradation, species composition change, and wildlife habitat alteration along the Florida coast. We conducted a five-year study with the objective to address effects of two forest management scenarios on the water regimes of cypress-pine flatwoods ecosystems in the lower coastal plain. Three experimental blocks (16–21 ha) were used in this study, with one representing control (C), one wetlands-harvest-only (W), and one wetlands+uplands harvest (ALL). Within the center of each block, a representative cypress wetland and its surrounding pine upland were extensively instrumented to quantify the changes of each hydrologic variable induced by tree removal. Water levels in cypress wetlands in both treatment areas were significantly elevated about 32–41 cm on average, and outflow doubled in the five-month dry period immediately following the tree harvesting. The ground-water table in the upland was also raised by about 29 cm on average due to ALL, but it was not affected significantly during the entire post-treatment period by W. During wet periods, the treatment effects for both wetlands and uplands were not significant. Causes for spatial and temporal variability of hydrologic responses to forest harvesting are speculated to be 1) total evapotranspiration does not change significantly in flatwoods after tree removal during wet seasons; 2) specific yield of the flatwoods soils is variable in time and space; and 3) lateral water movement from uplands to wetlands. From this study, we conclude that harvesting both uplands and wetlands causes greater response than harvesting wetlands only. The impacts lasted for more than two years but were most pronounced only in the dry periods. Temporal and spatial variations of each hydrologic component should be considered in evaluating the hydrologic impact of forest management on the flatwoods landscape. 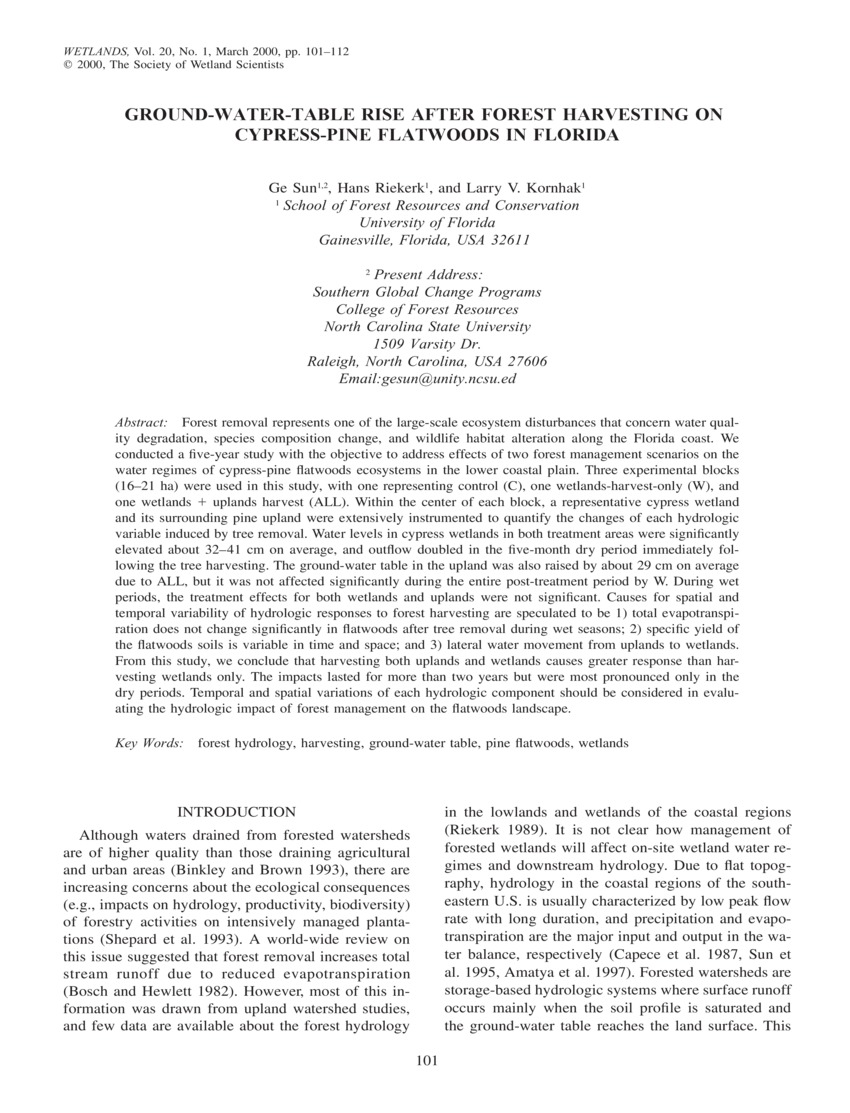