Baseline toxicity of a selection of industrial chemicals and pharmaceuticals is determined experimentally with a new in vitro test system (Kinspec) using membrane vesicles isolated from a photosynthetic bacterium, Rhodobacter sphaeroides. This test system is selective and more sensitive than other mechanistic test systems for baseline toxicity. The only concomitantly determined mechanism is uncoupling, which can be distinguished from baseline toxicity by pH-dependent measurements. Because the tests system contains only the target site for baseline toxicants, the biological membrane, effective target site concentrations can be directly related to observed effects by combining the in vitro test with membrane?water partition experiments. No differences were found between the effective membrane concentrations of nonpolar and polar compounds, confirming the earlier hypothesis that differences in lethal body burdens are primarily caused by unequal distribution of the compounds between target and nontarget lipids and not by different mechanisms. A selection of pharmaceuticals with various specific modes of toxic action exhibited the same constant effective membrane concentrations as found for pure baseline toxicants. In mixtures of four to six components, the pharmaceuticals were concentration-additive with each other and with the pure baseline toxicants. A potential application of the proposed test system lies, therefore, in assessing the cumulative baseline toxicity in complex environmental mixtures. 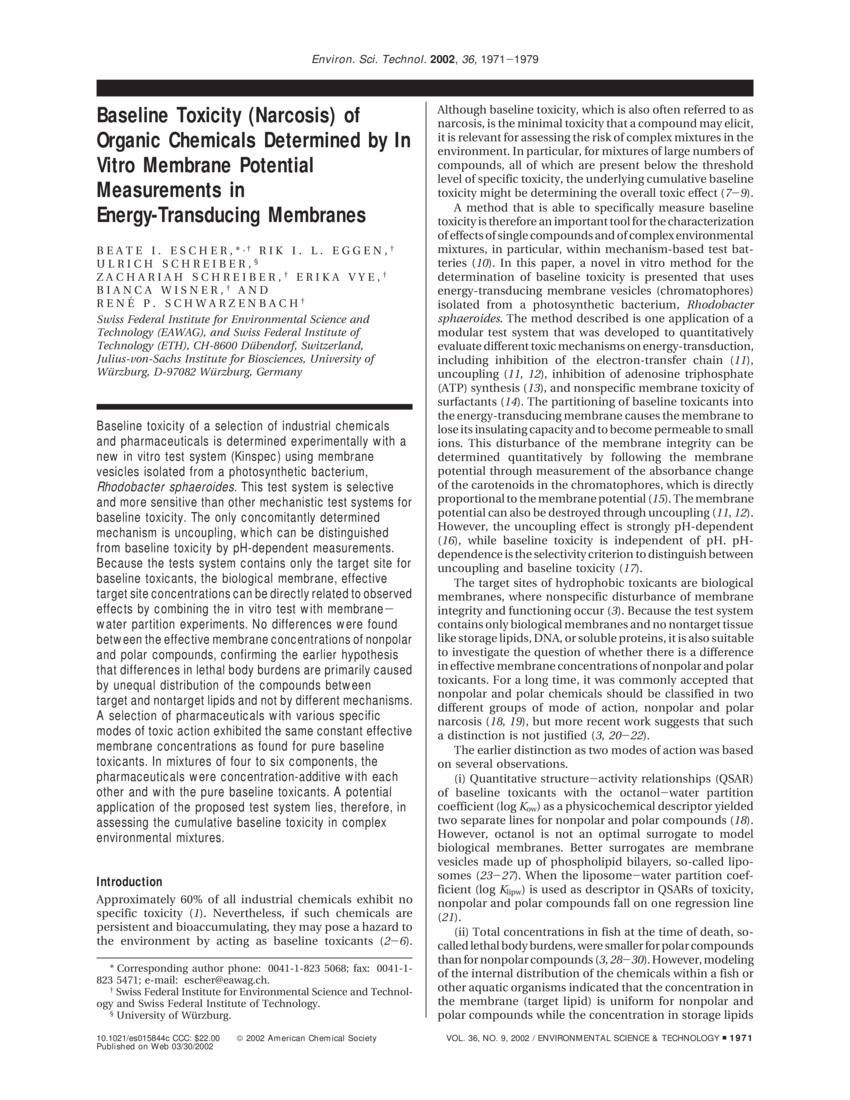