Floods continue to pose the greatest threat to the property and safety of human communities among all natural hazards in the United States. This study examines the relationship between the built environment and flood impacts in Texas, which consistently sustains the most damage from flooding of any other state in the country. Specifically, we calculate property damage resulting from 423 flood events between 1997 and 2001 at the county level. We identify the effect of several built environment measures, including wetland alteration, impervious surface, and dams on reported property damage while controlling for biophysical and socio-economic characteristics. Statistical results suggest that naturally occurring wetlands play a particularly important role in mitigating flood damage. These findings provide guidance to planners and flood managers on how to alleviate most effectively the costly impacts of foods at the community level. 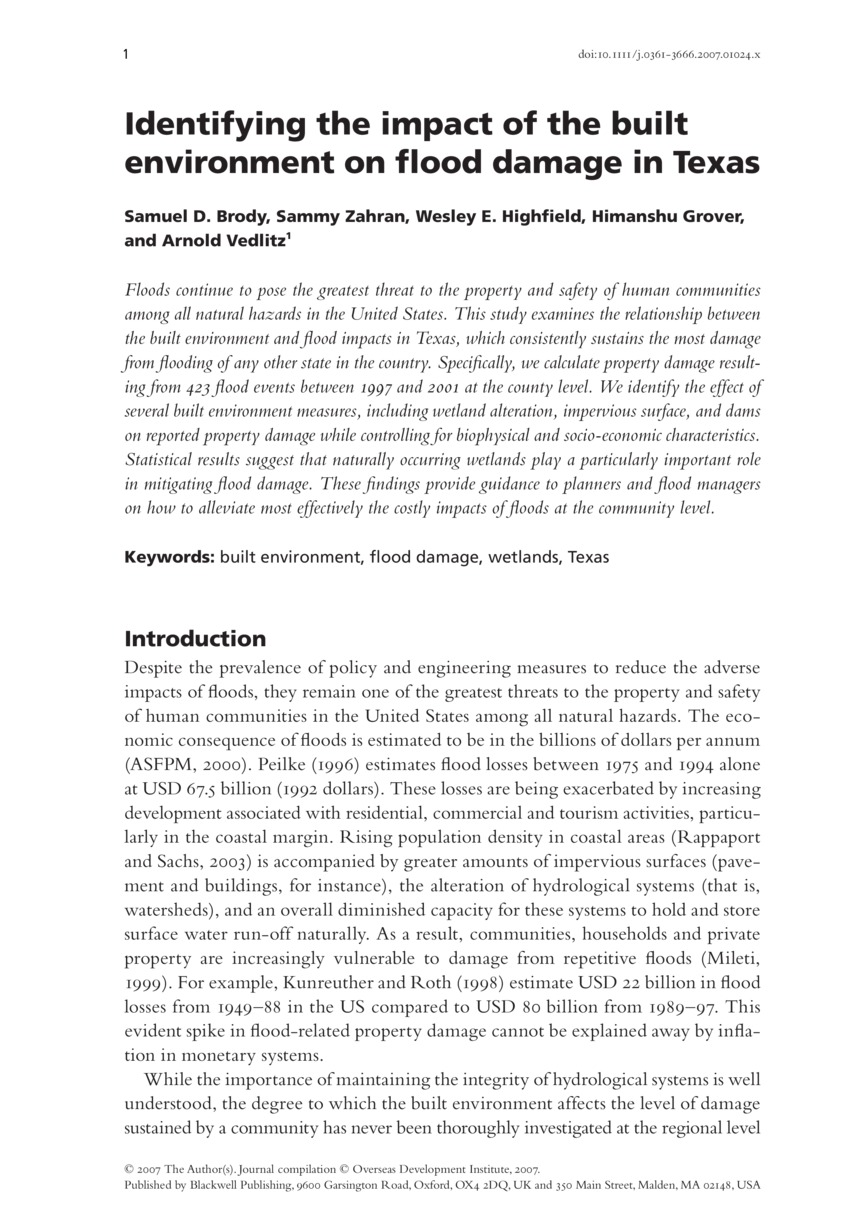