Wetlands are among the most productive and economically valuable ecosystems in the world. However, because of human activities, over half of the wetland ecosystems existing in North America, Europe, Australia, and China in the early 20th century have been lost. Ecological restoration to recover critical ecosystem services has been widely attempted, but the degree of actual recovery of ecosystem functioning and structure from these efforts remains uncertain. Our results from a meta-analysis of 621 wetland sites from throughout the world show that even a century after restoration efforts, biological structure (driven mostly by plant assemblages), and biogeochemical functioning (driven primarily by the storage of carbon in wetland soils), remained on average 26% and 23% lower, respectively, than in reference sites. Either recovery has been very slow, or postdisturbance systems have moved towards alternative states that differ from reference conditions. We also found significant effects of environmental settings on the rate and degree of recovery. Large wetland areas (>100 ha) and wetlands restored in warm (temperate and tropical) climates recovered more rapidly than smaller wetlands and wetlands restored in cold climates. Also, wetlands experiencing more (riverine and tidal) hydrologic exchange recovered more rapidly than depressional wetlands. Restoration performance is limited: current restoration practice fails to recover original levels of wetland ecosystem functions, even after many decades. If restoration as currently practiced is used to justify further degradation, global loss of wetland ecosystem function and structure will spread. 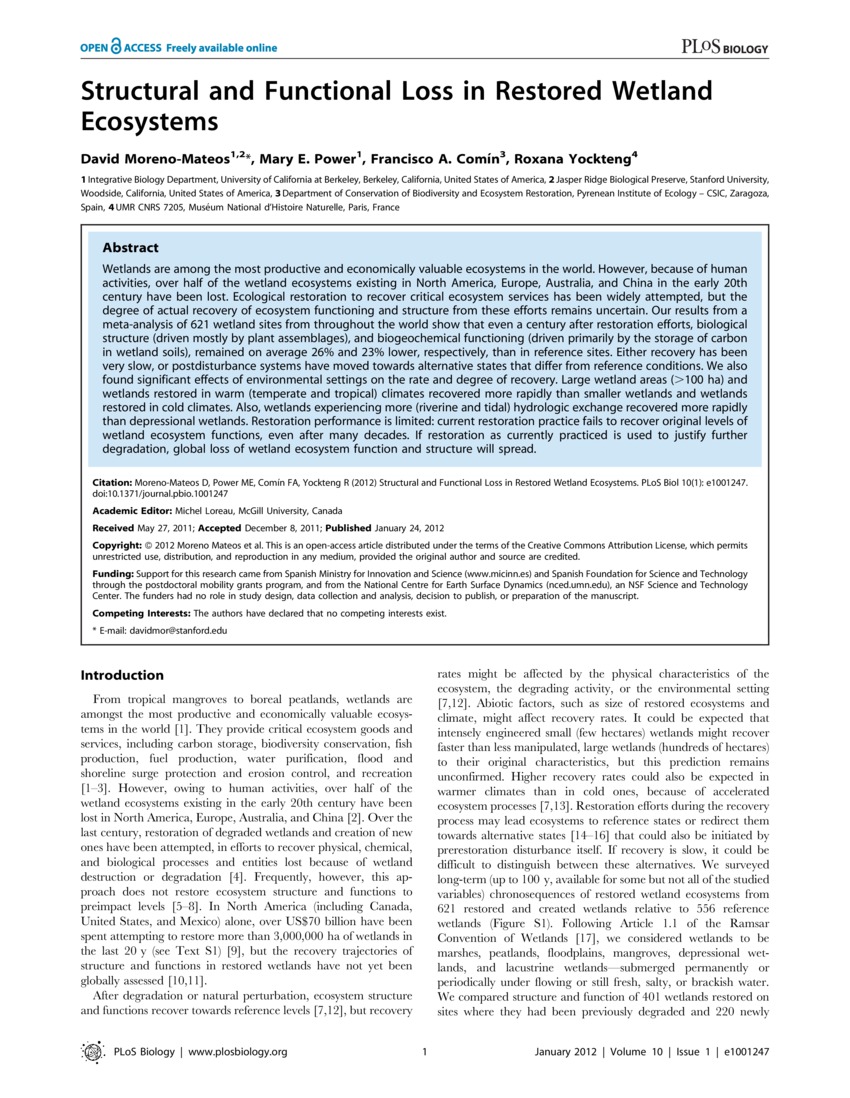