Coy Koontz, Sr., whose estate is represented here by petitioner, sought permits to develop a section of his property from respondent St. Johns River Water Management District (District), which, consistent with Florida law, requires permit applicants wishing to build on wetlands to offset the resulting environmental damage. Koontz offered to mitigate the environmental effects of his development proposal by deeding to the District a conservation easement on nearly three quarters of his property. The District rejected Koontz’s proposal and informed him that it would approve construction only if he (1) reduced the size of his development and, inter alia, deeded to the District a conservation easement on the resulting larger remainder of his property or (2) hired contractors to make improvements to District owned wetlands several miles away. Believing the District’s demands to be excessive in light of the environmental effects his proposal would have caused, Koontz filed suit under a state law that provides money damages for agency action that is an “unreasonable exercise of the state’s police power constituting a taking without just compensation.” 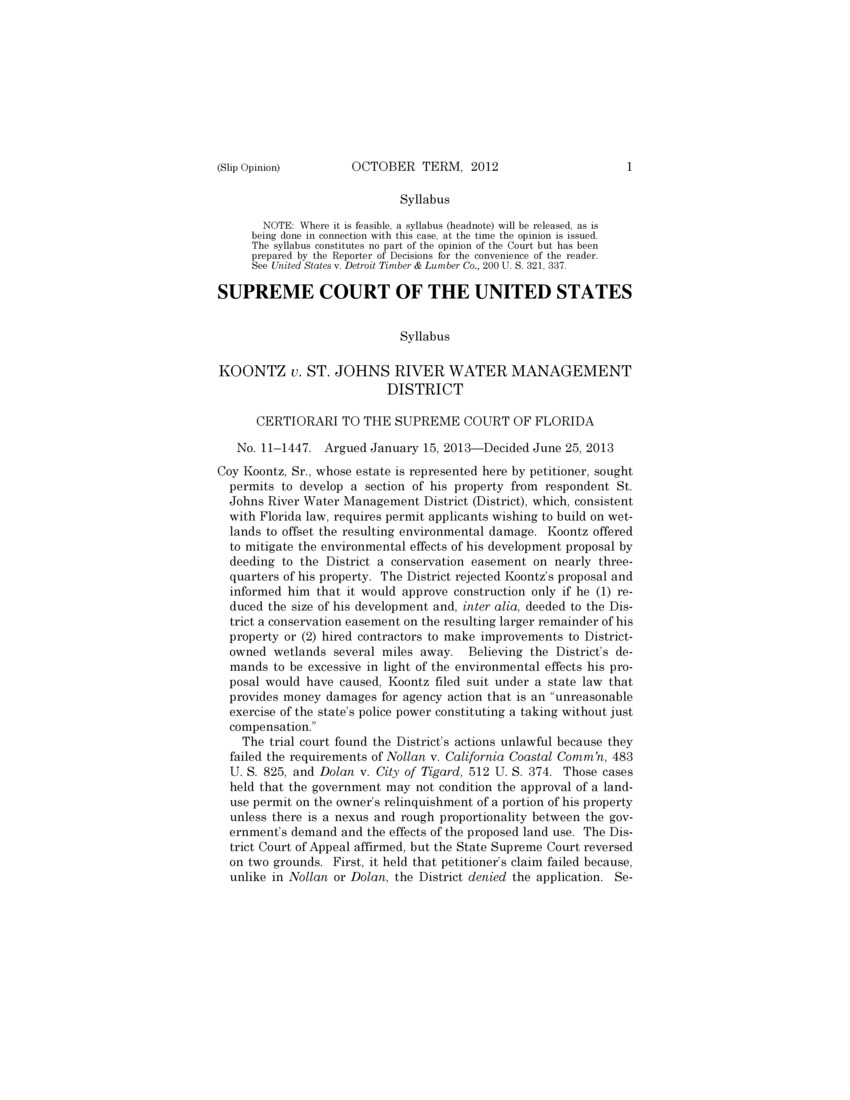