The availability of suspended sediments will be a dominant factor influencing the stability of tidal wetlands as sea levels rise. Watershed-derived sediments are a critical source of material supporting accretion in many tidal wetlands, and recent declines in wetland extent in several large river delta systems have been attributed in part to declines in sediment delivery. Little attention has been given, however, to changes in sediment supply outside of large river deltas. In this study, significant declines in suspended sediment concentrations (SSCs) over time were observed for 25 of 61 rivers examined that drain to the East and Gulf Coasts of the USA. Declines in fluvial SSC were significantly correlated with increasing water retention behind dams, indicating that human activities play a role in declining sediment delivery. There was a regional pattern to changes in fluvial sediment, and declines in SSCs were also significantly related to rates of relative sea level rise (RSLR) along the coast, such that wetlands experiencing greater RSLR also tend to be receiving less fluvial sediment. Tidal wetlands in the Mid-Atlantic, Mississippi River Delta, and Texas Gulf especially may become increasingly vulnerable due to rapid RSLR and reductions in sediment. These results also indicate that past rates of marsh accretion may not be indicative of potential future accretion due to changes in sediment availability. Declining watershed sediment delivery to the coastal zone will limit the ability of tidal marshes to keep pace with rising sea levels in some coastal systems. 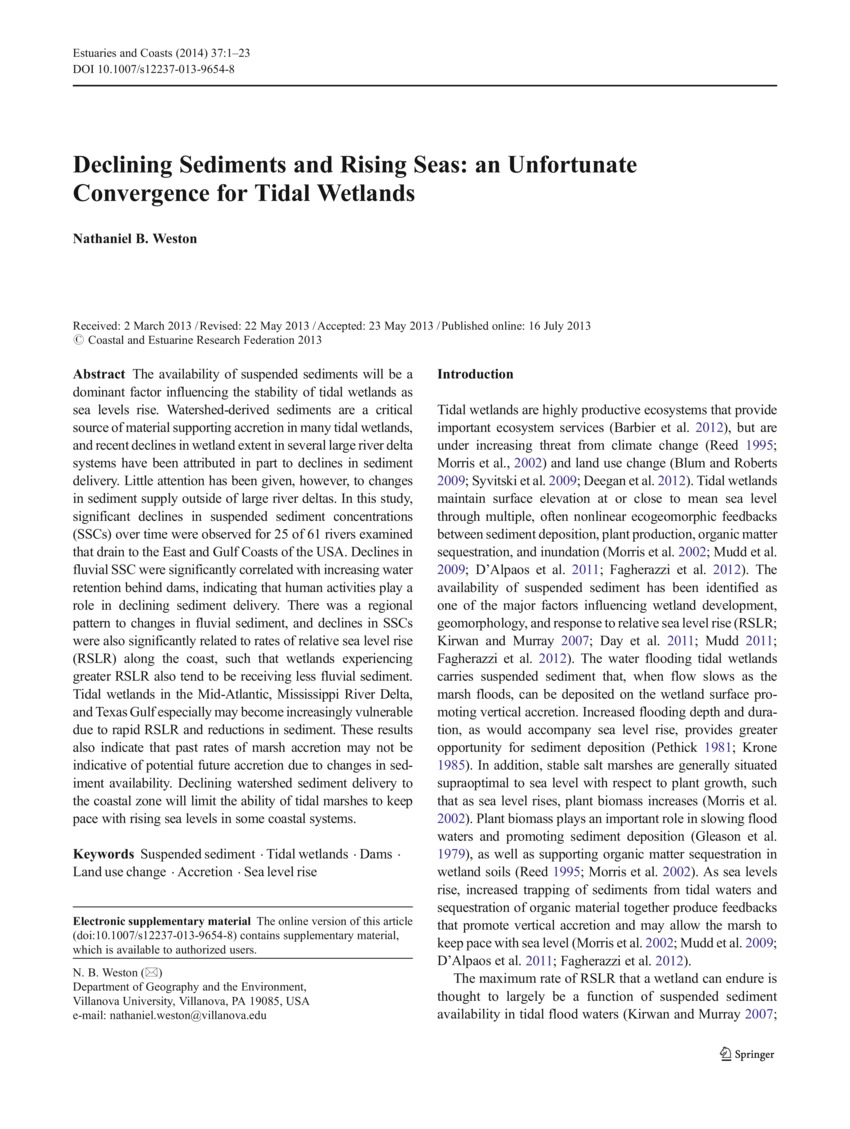